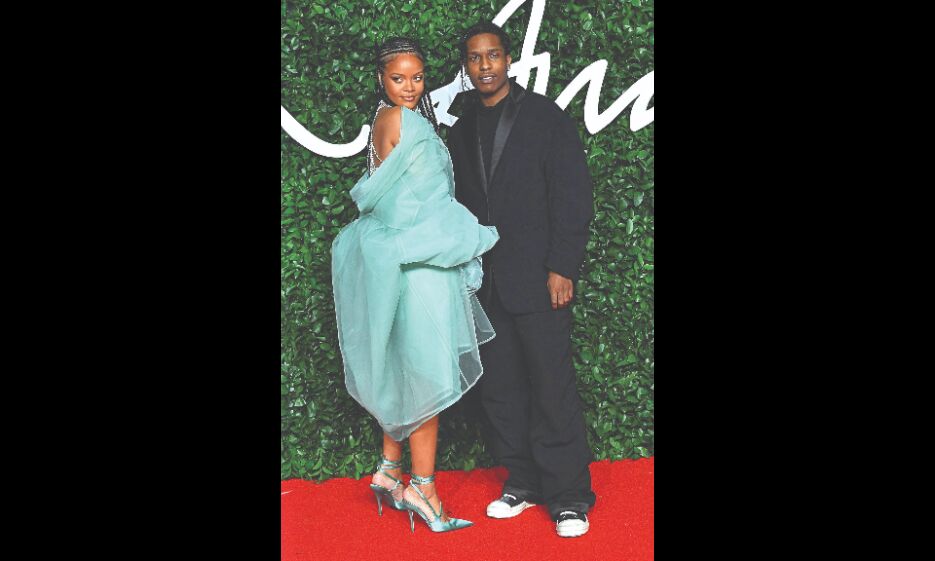 Singer-songwriter Rihanna and rapper A$AP Rocky are expecting their first child together.

According to 'People' magazine, the couple was spotted in New York City over the weekend, where the 'Diamonds' hitmaker showed off her baby bump while wearing a long, oversized

pink jacket that was unbuttoned at the bottom. The bump was adorned in a gold cross with colourful jewels.

In one of the photos, which were snapped in Harlem, where Rocky grew up, the rapper kissed Rihanna (33) on her forehead as they enjoyed a walk in the snow.

A source close to the couple said the fashion mogul, whose full name is Robyn Rihanna Fenty, 'could not be happier'.

"Having a baby is something she was never focused on but being with Rocky opened her up to the idea. She could not be happier and is so excited to be a mom. She is loving all the changes to her body during pregnancy and has always celebrated pregnant women in her runway shows for 'Fenty'," they said.

A$AP Rocky, whose real name is Rakim Mayers, last May announced that he is in a relationship with Rihanna.

The 33-year-old recording artiste described the multiple Grammy winner as 'the love of my life' and 'my lady' in an interview with 'GQ' magazine.

Reports of the duo being in a relationship go back to the year 2013, when Rocky supported Rihanna on her 'Diamonds World Tour'. They also featured in the rapper's 2013 video for his song 'Fashion Killa'. The couple, who are longtime friends, were confirmed to be dating in November 2020.

Speaking of their relationship, the source said Rocky has 'doted' on Rihanna from the very beginning.