'Ridiculous to troll Radhika or make a big deal' 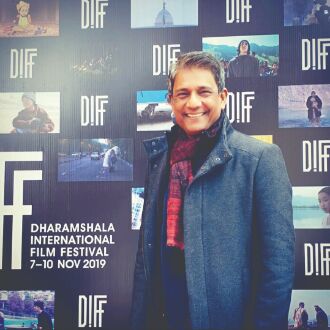 Adil Hussain, who is disappointed the way actor Radhika Apte is still being called out for nudity termed the recently trending hashtag #BoycottRadhikaApte hashtag as 'ridiculous'.

It all started with some pictures of their intimate scene from the 2015 film 'Parched' doing the rounds on the Internet and people objecting to Apte's nudity.

"I got to know about it a couple of days back when I saw some 'Google' alert. I think it is ridiculous to troll Radhika or make a big deal about that scene. I do not pay much attention to such things at all. I think the only way to respond to it is that you do not respond at all," stated the 'Life of Pi' star.

The veteran actor blamed such trolling and misunderstanding on the lack of education among people that such things start to trend without any reason.

"Our education system is almost to get a job and be job literate. It is not the education, which we are receiving since the British era to

make a bunch of people run the British machinery, which was left behind. We are still running that. The purpose of education was to make them a working machine for the British Raj. It needs radical change, and I hope the Indian government will do it soon," shared Hussain.

On the work front, Adil, who will be seen in Akshay Kumar-starrer 'Bellbottom', is 'very excited' to see how people would respond to its release

in theatres after the second wave of the pandemic subsided and things started to open.