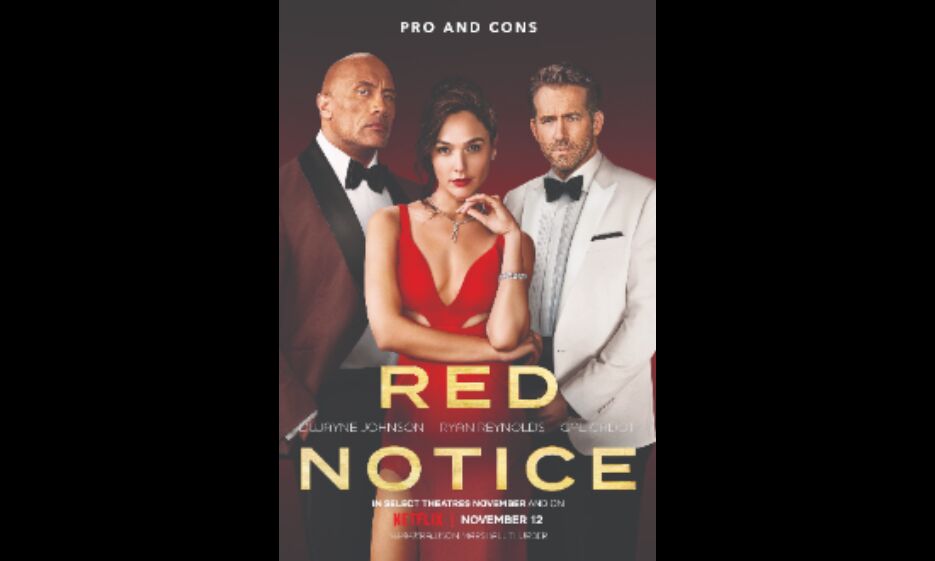 Red Notice' stars Dwayne Johnson, Ryan Reynolds and Gal Gadot took to their respective social media handles to celebrate the film's 'biggest opening day in Netflix film history' recently. Since the film did not release in theatres apart from a limited release in the US, this perhaps means that the film garnered the most views for any film yet on 'Netflix'.

Reynolds took to 'Twitter' to reveal the news by sharing a photo.

"Wow! 'Red Notice' is Netflix's biggest ever opening day for a film. Congratulations to this whole team! I cannot wait for 'Red Notice' (Taylor's Version)," he tweeted.

Gadot shared the same photo and wrote, "This is amazing! What can I say, you guys are the best and the reason why we make these films. So grateful and excited! Congratulations 'Netflix' and to the entire 'Red Notice' movie team."

'Red Notice' is a 'Netflix' action-comedy thriller that is written and directed by Rawson Marshall Thurber. Its trailers and promos had teased a fast-paced globe-trotting comedic action thriller. The film was earlier going to be released by 'Universal Pictures' before 'Netflix' acquired its rights.

Despite its starry cast, 'Red Notice' did not please critics. On review aggregation site 'Rotten Tomatoes', the film has a score of 39 percent. The critical consensus reads, "Red Notice's big-budget and A-list cast

add up to a slickly competent action comedy whose gaudy ingredients only make the middling results more disappointing."