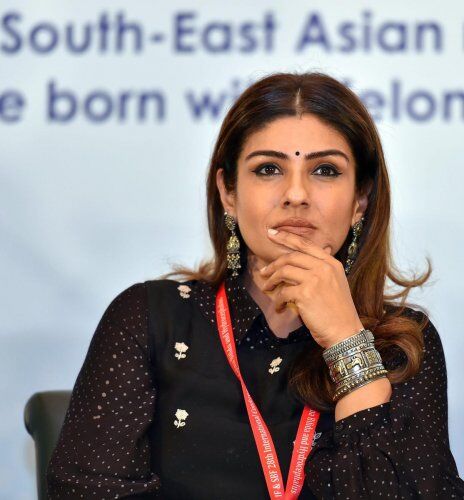 Mumbai: Actor Raveena Tandon has finished dubbing for her part in the upcoming movie "KGF: Chapter 2" and thanked the team, including South star Yash, for a fantastic experience on the film.

Directed by Prashanth Neel, the film is a sequel to the 2018 "KGF", which followed the story of Rocky, played by Yash, who rises from poverty to become the king of a gold mine.

Neel took to Twitter on Tuesday and shared a picture with Tandon, who plays the role of Ramika Sen, a fictional prime minister, in the period action drama.

The 49-year-old actor shared the picture and wrote, "What a pleasure to work with you all it has been @prashanth_neel @TheNameIsYash @hombalefilms. Such fine gentlemen you all are! Godbless and Godspeed".

The multilingual venture will be released in Kannada, Tamil, Telugu, Malayalam and Hindi on April 14. It also stars Prakash Raj, Malavika Avinash and Srinidhi Shetty.