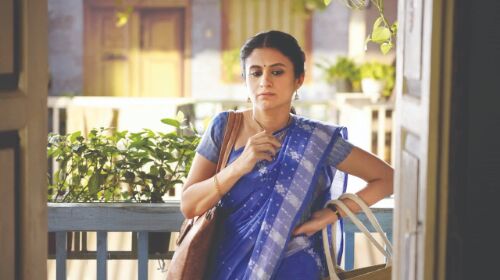 Amid her dream run of exciting projects in 2020, actor Rasika Dugal starred in Lootcase, which was one of the first Hindi movies to stream digitally after the coronavirus pandemic. The said film marked the first time Dugal ventured into the comedy genre and it now completes a year. Having received tremendous acclaim for her performance in it, the versatile actor celebrates the anniversary with a special post on Instagram.

Taking a walk down the memory lane, Rasika says, " Lootcase felt like a breath of fresh air after the emotional intensity of the other projects I had done that year. I really enjoyed the quirky and intelligent humour of the script. It was a relief to turn up on set and just have some fun. Also, I was thrilled to be in a film which has a lip synced song. And to get to dance to it ! Before this, I was beginning to wonder if my career would be devoid of this quintessential bollywood experience 😄"

Rasika solidified her reputation as a powerhouse performer with Rajesh Krishnan's Lootcase which centres around the twists that unfold after her husband Nandan Kumar (Kunal Kemmu) finds a suitcase full of cash. Rasika essays the role of his wife, Lata, who is upright and righteous and loathes the idea of black money.