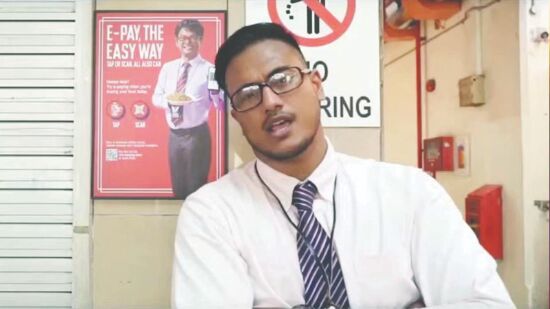 Indian-origin Singaporean rapper Subhas Nair was charged in court on November 1 with four counts of attempting to promote feelings of ill will among different groups on grounds of religion and race.

The 28-year-old, whose full name was given as Subhas Govin Prabhakar Nair in charge sheets, is accused of making those attempts on four occasions between July 2019 and March 2021, according to a news report.

The earliest alleged incident was on July 29, 2019, when Nair published a rap video online. Charge sheets state that Nair attempted to promote feelings of ill will between the Chinese and other races.

Nair was given a two-year conditional warning by the police on August 14, 2019, over this incident. The warning indicated that if he reoffended, he could be prosecuted for this incident on top of any fresh offenses.

The second incident was purportedly on July 25, 2020, when Nair posted comments on a social media account in response to a video of Chinese Christians who made hateful comments against another community.

Nair allegedly wrote on 'Instagram', "If two Malay Muslims made a video promoting Islam and saying the kind of hateful things these Chinese Christians said, ISD (Internal Security Department) would have been at the door before they even hit upload."

The third incident was about a fatal brawl at Orchard Towers in July 2019. Nair is accused of attempting to promote feelings of ill will between Chinese and Indians by claiming on October 15, 2020, that one of the accused, a Chinese man, involved in the death of an Indian man received lenient treatment by authorities because of his race.

Nair allegedly wrote on 'Instagram', "Calling out racism and Chinese privilege = two-year conditional warning and the smear campaign in the media. Conspiring to murder an Indian man = Half the sentence and you are having a

baby soon, right? Boy or girl?' Do you think a brown person would get asked these types of questions? This place is just not for us."

On March 11, 2021, while Nair was already being investigated by the police over the Orchard Towers comments, Nair allegedly attempted to promote feelings of ill will between Chinese and Indians again.

Between 8:30 pm and 9:30 pm on March 11, 2021, Nair allegedly displayed a cartoon at The Substation (a drama theatre here) during a stage play entitled, 'Tabula Rasa - Album Exploration'. The cartoon contained the same text he wrote on 'Instagram' over the Orchard Towers incident. Nair was charged for the earliest July 2019 offence, the rap video, as he had breached the conditions of his warning by allegedly committing the other fresh offenses.