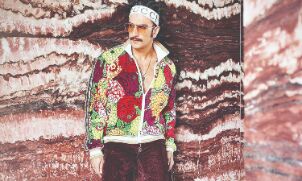 After wooing the audience with his terrific performances in hit films, Ranveer Singh is all set to take the digital world by storm.

Ranveer will be collaborating with British adventurer, writer and television presenter Bear Grylls for this show, which will go on the floors in Siberia during July and August. According to a news report, 'Netflix' had 'almost closed the deal'.

The leading news portal quoted the source close to the development as saying, "Ranveer and Bear Grylls have been in talks for a wilderness adventure series for several months now and this adventure outing will be for 'Netflix'. The OTT giant has almost closed the deal and we will see the two share screen-space for the first time for kind of adventure stunts in the wilderness. This is the first time Ranveer will be doing something so starkly different and it is going to be one of the biggest non-fiction shows we have seen in India, also marking Ranveer's digital debut."

An insider also mentioned that the 'Befikre' star is expected to start shooting in the next two months in Siberia and that Ranveer will have to prepare hard to survive in extreme weather conditions.

On the work front, Singh is currently awaiting the release of his upcoming sports flick film '83', directed by Kabir Khan. Besides this, the actor also has 'Jayeshbhai Jordaar', Rohit Shetty's films 'Sooryavanshi' and 'Cirkus' in the pipeline.