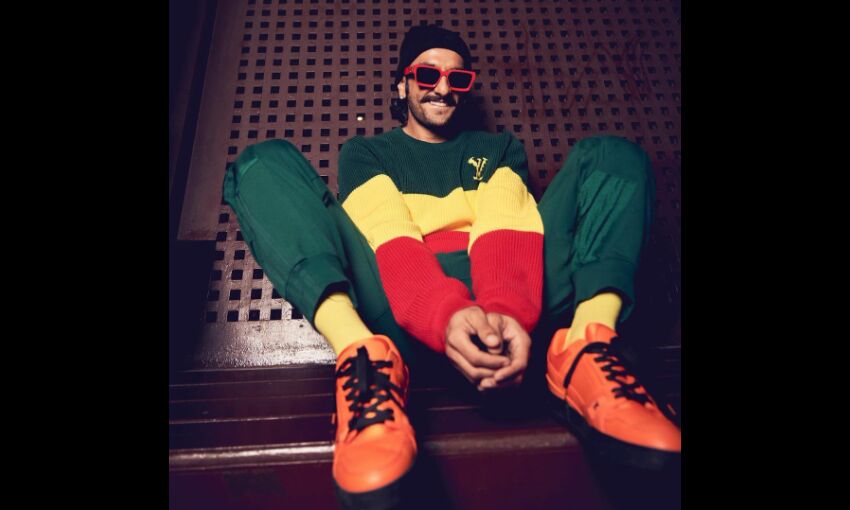 Ranveer Singh is one of the finest actors we have in our industry currently. Fans love to see him don different avatars for his films and every time his film releases, fans go gaga over his acting.

The actor has a lot of exciting projects in his kitty currently. But one of the most-talked-about films is 'Jayeshbhai Jordaar'. Ever since the film has been announced, fans have been eagerly awaiting its release. The 'Bajirao Mastani' star attended the 'Femina Beautiful Indians 2022' event on the night of April 5 in the city and in his interaction with the media spoke about 'Jayeshbhaai Jordaar'.

Singh looked dapper in a black tuxedo as she made a grand entry on the red carpet. There was a short media conversation in which when the media wanted to ask him questions about 'Jayeshbhaai Jordaar', the actor only replied, "Aisi picture hain, rulaygi nahi toh paisa wapas."

Talking about this film, it will not only feature the superstar in a quirky avatar, but it will also mark Ranveer's reunion with his 'Band Baaja Baraat' director Maneesh Sharma. Maneesh is co-producing 'Jayeshbhai Jordaar' with Aditya Chopra. Besides, Maneesh is also conceptualising the trailer for this much-anticipated release of the year and he cannot keep calm about it.

The social comedy-drama will also feature Shalini Pandey and will be helmed by debutant director Divyang Thakkar. 'Jayeshbhai Jordaar' is slated to release on May 13 this year and will be witnessing a box office clash with Ayushmann Khurrana starrer 'Anek'.