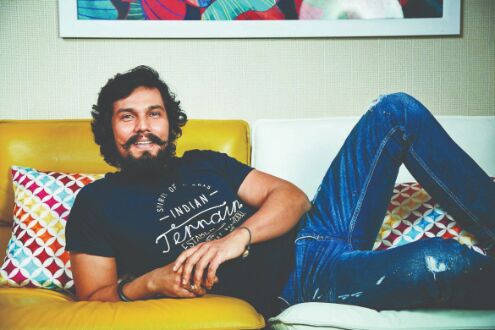 Randeep Hooda was served with a legal notice of Rs 10 crores for allegedly failing to deliver work given by a scriptwriter and lyricist Priyanka Sharma, who resides in Haryana's Hisar district.

and many others. A news report claimed that the scriptwriter had raised a complaint via email to Range Commissioner of Haryana's Director General of Police, Faridabad.

The report further stated that the scriptwriter, Priyanka, in the notice mentioned that she had contacted Randeep through social media and the Bollywood actor had assured her that he would soon start working on her script. In addition to that, the scriptwriter alleged sending around 1,200 songs and 40 stories on email and 'WhatsApp' to various artists including Randeep Hooda, Asha Hooda, Mandeep Hooda, Ajli Hooda, Manish, Randeep's manager Panchali Choudhary and makeup artist Renuka Pillai.

The news report further added that Priyanka claimed that the work did not begin even as years passed and when she approached the artists to get her scripts and lyrics back, she faced death threats. Advocate Rajat Kalsan allegedly said that Priyanka Sharma has demanded

compensation of Rs 10 crores for all the harassment she has faced for the last eight years.