Raj gets interim protection from arrest 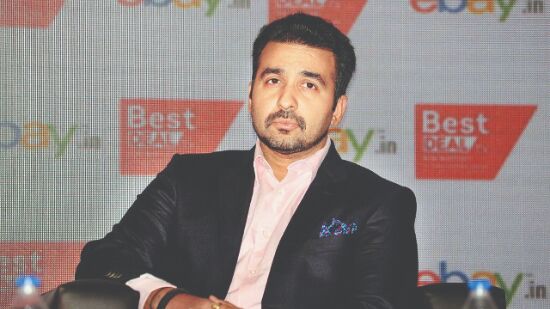 A single bench of Justice S K Shinde directed the police to respond on August 25 to the pre-arrest bail plea filed by Kundra.

"Interim protection granted till then," said Justice Shinde during the hearing.

Kundra, the husband of Bollywood actor Shilpa Shetty is currently in jail after being arrested in July in another case related to the production and distribution of pornographic clips on some mobile apps.

He had filed the anticipatory bail plea in the HC last week in connection with the 2020 case after a session's court rejected his application seeking pre-arrest bail. In his plea, Kundra claimed that another accused in the case was granted bail and he too should be given bail on parity.

Opposing the plea in the HC on August 18, Additional Public Prosecutor Prajakta Shinde submitted that Kundra's role in the case was different from the other accused in the case.

Kundra, in his plea submitted that he was falsely implicated in the case.

He claimed that there was not a single iota of evidence with the prosecution to connect the 'HotShot' app with the offences alleged, as none of the actresses arraigned as accused in the case had raised any grievance.