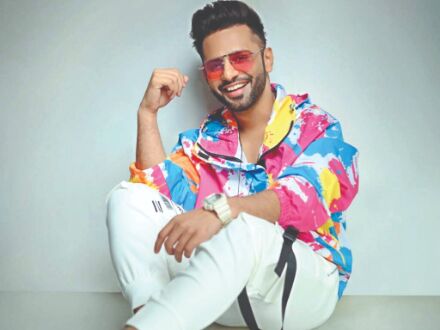 Singer Rahul Vaidya has been receiving threats ever since the release of his song 'Garbe Ki Raat'. Rahul's team recently confirmed that a section of the audience expressed unhappiness over the mention of Shri Mogal Maa, a deity worshipped in Gujarat, in the song.

A statement issued by Rahul's spokesperson read, "Yes, it is true that these messages and calls have risen since last night. The messages are about getting Rahul Vaidya killed, beaten, even filing FIR against him or having him arrested. We would like to clarify that the mention of the deity was respectfully done with no intention to hurt anyone's sentiments. However, understanding that it has not gone down too well with a certain section of people, we respect that and are working to get it rectified at our level." "We urge everyone who has taken offence to allow us time. The platform on which we have released the song will take at least a few days to adjust the rectification. Rest assured, we respect the emotions and sentiments of all those who have raised their concern," it read further.

Rahul Vaidya has sung and composed 'Garbe Ki Raat' which also has vocals by Bhoomi Trivedi. TV actor Nia Sharma also features in the music video of the song.