Professor is all set to return for the climax 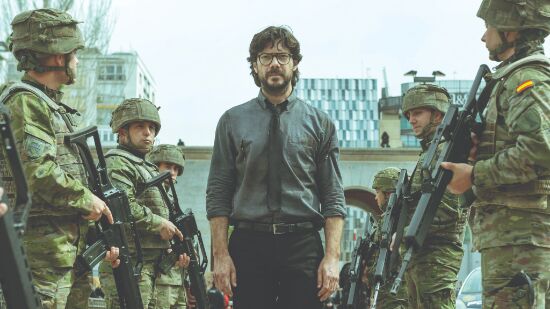 Popular Spanish web series 'Money Heist', which has a huge fan following around the world for its storyline and different characters, will return for its culmination in December.

OTT streamer 'Netflix' recently unveiled the trailer of season five-volume two which is full of action, drama, intense background music and moments of what is going to happen in the series' final part.

The trailer begins with the arrival of the series' main character, Professor, entering the Bank of Spain in a red Volkswagen Beetle. The video then presents the scene of the ultimate showdown, in which tension has been portrayed by adroit camerawork complemented by intelligent lighting and superior production design.

The video then gets immersed into the emotions of loss and despair of the characters who try to grapple with the situation around them before a full-blown war happens between the two sides.

The trailer also brings up the important events that have taken place in the past through a narrative string. As it approaches the boiling point by stoking the raging emotions of the characters, it paves way for a perfect cliffhanger ending.