Priyanka, Alia, Katrina to star in Farhan's next directorial 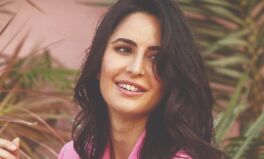 Billed as a road trip drama, the film is produced by Farhan and Ritesh Sidhwani's 'Excel Entertainment' and 'Tiger Baby', headed by Zoya Akhtar and Reema Kagti.

The 47-year-old filmmaker said that he is looking forward to working on the film, which he announced on the 20th anniversary of his directorial debut 'Dil Chahta Hai'.

"Did someone say road trip? I'm thrilled to announce my next film as director and what better day than 20 years of 'Dil Chahta Hai' to do it. I will commence the filming with Priyanka Chopra Jonas, Katrina Kaif and Alia Bhatt and I cannot wait to get this show on the road," said Farhan, who is returning to direction after over a decade following the release of his Shah Rukh Khan-starrer 'Don 2'. The film is co-written by Zoya, Farhan and Reema.

In the past, both siblings Farhan and Zoya have directed successful road trip films 'Dil Chahta Hai' (2001) and 'Zindagi Na Milegi Dobara' (2011).