Pride month 2021: Hook yourself to these 5 series 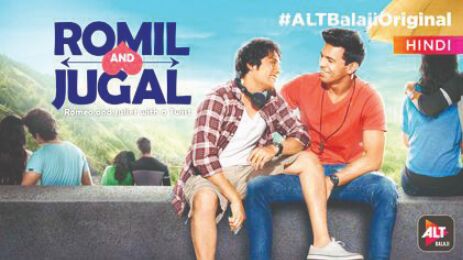 We are raised in a society where the queer community has been often mocked, be it in series or films, and shows portraying it as comedy. But today, the world and this mindset is gradually changing. We now see shows that are more welcoming to this community, showcasing 'Love is equal' and a lot more. Today, web-series include more inspiring, accepting LGBTQ characters with more motivating content for the community. The take is more sensitive and will help educate the society while bringing more acceptance and respect for the community like every other individual with rights to freedom and expression of his/her own. While there is a long journey to go until these conversations are normalised, here are five series to watch. These shows truly acknowledge the community featuring strong LGBTQ roles.

Known for giving viewers fresh, unique and relatable content, Dice Media, through the third season of Firsts, explores an exciting story focusing on a same gender relationship. Ritu and Lavanya, starring talented actors Shreya Gupto and Himika Bose, are two women in their twenties who start living together after their second date. The two young ladies find themselves in a series of firsts as they navigate life, love and more during the lockdown. The show narrates captivating lives of these young ladies and brings a strong message of love is equal for all.

The show, based on a popular novel 'A Married Woman' by Manju Kapur, deals with various issues like social taboos that one does not generally witness in a day to day life. It is present in the most subtle forms and prevails in every section of a society. The show took a brave take by showcasing this narrative to inorder to find solutions to such discrimination. ALT Balaji's `The Married Woman' is about a married woman Astha, who is on the lookout to find her individuality. The series revolves around an urban relationship drama about women and the conditioning pushed by society, while the women take up a journey to find themselves.

Ajeeb Daastaans is an anthology that revolves around not one, but two different same- sex relationships. Geeli Pucchi is a take on a lesbian relationship from a small town in West Bengal. The protagonists Bharti Mandal played by Konkona Sen Sharma and Priya Sharma played by Aditi Rao Hydari have beautifully portrayed the tension between the two and a camaraderie everyone roots for. Geeli Puccchi explores their relationship as they navigate patriarchy, ingrained prejudice and loneliness.

The second season of Four More Shots focused primarily on the relationship between Umang played by Bani J and Sama played by Lisa Ray. Anu Menon and Nupur Asthana curated the series that streamed on Amazon Prime Video. The season displays the complications, the love and the romance experienced by the couple being in a same-sex relationship.

ALTBalaji has been portraying LGBTQ characters and their stories without the typical stereotyping as usually seen on Indian screens. Rajeev Siddhartha and Manraj Singh romancing each other on-screen in a completely filmy style is something ALTBalaji made cool for the first time on Indian OTT celluloid least. Along with Rajeev Siddhartha as Romil and Manraj Singh as Jugal, the show starred Mandira Bedi, Hariman Dhanjal, Shrishti Ganguly Rindani, Manini Mishra, and Suchitra Pillai.