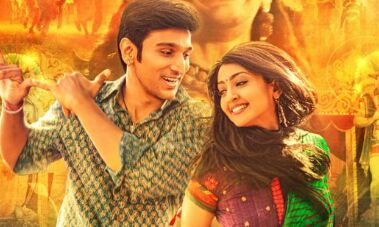 Mumbai: The title of actor Pratik Gandhi's upcoming musical drama "Raavan Leela" has been changed to "Bhavai", the makers announced on Tuesday.

Set against the backdrop of Bhavai, a popular folk theatre form from Gujarat, the movie marks the "Scam 1992- The Harshad Mehta Story" star's first Hindi feature film as a lead.

According to a statement by the makers, the decision was taken after receiving audiences' requests for the title change and "to respect their sentiments."

Director Hardik Gajjar said the team is confident that "Bhavai" will entertain the audience.

"I am happy to honour the wishes of my stakeholders and audience, the love we have received for the film thus far is resonance of the fact that good cinema is the need of the hour. Cinema is a medium meant to entertain people and so is our film.

"Audiences have showered Pratik with love for his work and we hope that this film will only see it multiply. It's a film that is close to our hearts and we are confident that audiences will love it with all their hearts too," Gajjar said.

Gandhi has previously acted in Hindi movies "Loveyatri" and "Mitron", and Gujarati films like "Bey Yaar" and "Wrong Side Raju", which won the National Award for best feature film in Gujarati.