Praise or criticism cannot alter the type of stories, I want to narrate: Srijit Mukherji 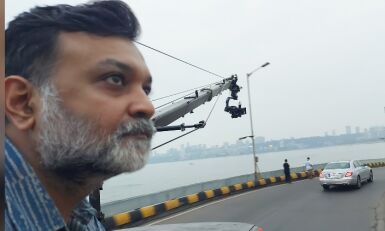 Mukherji, who has recently made two short films in the anthology 'Ray' on maestro's birth centenary on an international OTT platform triggering both barbs and praises, said Wednesday that he will not waver from his narrative style or readaptation technique in the wake of negative reactions.

The Gumnaami director had made 'Forget Me Not' and 'Bahrupiya' in the 4 film series 'Ray'.

Affirming that he will not waver from his own narrative style or readaptation technique in the wake of such negative reactions, the filmmaker told PTI, "Praise or criticism cannot actually alter the type of stories I want to tell and the way I tell them."

"I have always been kind of open-minded. I am open to criticism, I try to learn but at the end of the day I go by my instinct in terms of storytelling," Mukherji, whose debut feature film Autograph was a super hit, said.

"So I guess that is something that is going to continue," he added.

Mukherji, whose upcoming Bengali web series 'Robindronath Ekhane Kawkhono Khete Aashenni' (REKKA) will be streamed from August 13 on a leading Bengali OTT, said "storytelling elements are different in OTT and feature films for the big screen."

The way the plot is unfolding, character arch, space devoted to character and plot everything is driven by different dynamics.

"Storytelling on OTT is not the same as storytelling in (feature) films, which is basically why OTT is a brilliant option. OTT gives you an alternative timeline, space, to structure narrative you want to unfold and the plot," the maker of Feluda Pherot web series said.

Now set to unveil his second web series in Bengali in REKKA, he said: "Definitely OTT is a very exciting development. It is an alternative medium for expressing oneself. So I think for directors it is a fantastic conduit for storytelling. I am personally enjoying it a lot, I think a lot of directors will welcome it with open arms."

About REKKA, he said the novel by Mohammad Nazim Uddin has already been touted as one of the best Bengali thrillers of recent times, and I was very keen on adapting it.

"This title is something given by the author of the original novel Robindranath ekhane kakhono khete and I have used the acronym. The setting has shifted to this part of Bengal having twists obviously, which are organic and plot-driven," he said.

About helming the Taapsee Pannu-starrer sports drama, Shabaash Mithu, the biopic of Mithali Raj, captain of the Indian Women's ODI cricket team, Mukherji said: "Cricket has always been my first love, So it is obviously dream project."

"Really looking forward to it. And yes sports and sports biopic have for long fascinated me. This was a very very apt opportunity," Mukherji who came on board to helm the biopic which was earlier being directed by Rahul Dholakia, gushed.

Mukherji had three years back bought the rights to Swapna Barman's story, the heptathlete who won gold in the 2018 Asian Games but the film is yet to materialise.

About X=Prem, shooting of which has been completed, Mukherji said: "a futuristic love story is what I would like to call x equal to the prem. I am leaving it like that."

"Yes from dark thriller to a love story It was an interesting change and I thoroughly enjoyed that," he added.