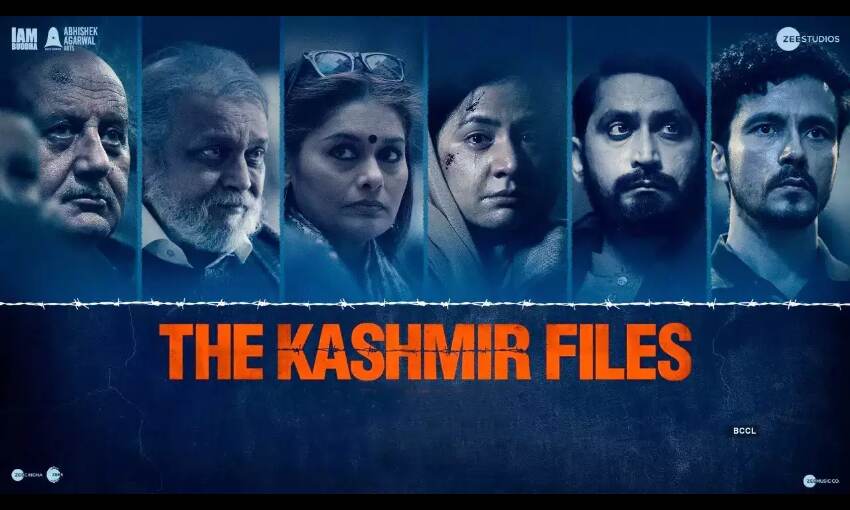 New Delhi: Prime Minister Narendra Modi on Tuesday praised "The Kashmir Files", a film based on the exodus of Kashmiri Pandits from the Kashmir Valley in the 1990s, for "bringing the truth in its correct form" and said history has to be presented in the right context from time to time.

As debate around the movie escalated, the Uttar Pradesh government joined a host of states in declaring the film tax-free.

Slamming the "campaign to discredit" the Vivek Agnihotri directorial by those who claim to be the flagbearers of freedom of expression, Modi said there have been continuous efforts to "bury the truth".

"They are shocked that the truth that they tried to suppress is now coming out with the backing of facts and efforts," Modi said about the film at the centre of a political slugfest with the Congress and several other opposition parties objecting to it.

The video of the prime minister's speech was shared on Twitter by the BJP and several party leaders.

Released last week, "The Kashmir Files" stars Anupam Kher, Mithun Chakraborty and Pallavi Joshi. The film has been written by Agnihotri and produced by Zee Studios.

"You must have heard the discussion about 'The Kashmir Files', those who carry around the flag of freedom of expression, that whole group is rattled for the last few days. Instead of assessing the film on the basis of facts and truth, a campaign is on to discredit it," Modi said.

Underlining that history has to be presented in the right context before the society, Modi said just as books, poetry and literature play a role in this, in the same way even films can do the same.

"My issue is not about a film, but about bringing the truth in its correct form before the country.

"There can be many aspects of truth and different views, those who think it is not correct can make their own film, but they are shocked that the truth that they tried to suppress is now coming out with the backing of facts and efforts," the PM said.

"Had someone taken the effort to make a film on Gandhi and presented it to the world, the message may have been delivered."

His comments were followed by Uttar Pradesh Chief Minister Yogi Adityanath's announcement regarding the film's exemption from entertainment tax.

"#TheKashmirFiles film has been made tax-free in Uttar Pradesh," Adityanath said in a tweet in Hindi.

Maurya, the deputy chief minister of UP, said he watched the film in Lucknow and it depicts the "pain and injury of Kashmiri Hindus".

"It is a film based on true incidents. After seeing the movie yesterday (Monday), I can say that this film needs to be seen by more and more people," he tweeted.

Union housing and urban affairs minister Puri said that Agnihotri has done "full justice" to the plight of Kashmiri Pandits with the film, which opens "one of the darkest chapters of our modern history".

"@vivekagnihotri pulls out one of the darkest chapters of our modern history from the cupboard with nuanced portrayals & sensitive storytelling doing full justice to the plight of #KashmiriPandits," he tweeted.

Comedian Kapil Sharma, who was last week attacked on social media for not iniviting the team of "The Kashmir Files" on his television show, thanked Kher for clearing the air over the controversy.

In an interview with a news channel on Monday night, Kher said he was invited on "The Kapil Sharma Show" but he turned down the offer considering the sensitive subject of the film.

"To be very honest, I must say it here, I was called to be on the show. I had told my manager that this is a serious film, (so) I won't be able to go on the show. I want to put my point over here. This happened two months ago, when I was invited. I had been on the show before a couple of times. It is a funny show," Kher said.

Taking to Twitter, Sharma thanked the 67-year-old actor for quashing the "false allegations".

"Thank you paji @AnupamPKher for clarifying all the false allegations against me. I also want to thank all those friends, who, without knowing the truth, kept loving me. Stay happy, keep smiling. #thekapilsharmashow #Isupportmyself," the comedian wrote.

According to the makers, "The Kashmir Files" has emerged as one of the biggest hits of recent times, clocking in more than Rs 42 crore within four days.

Ticket booking wesbite BookMyShow revealed that film has recorded 1.5 million sales on the platform in the first week.