'People will fall in love with Bachchhan Pandey' 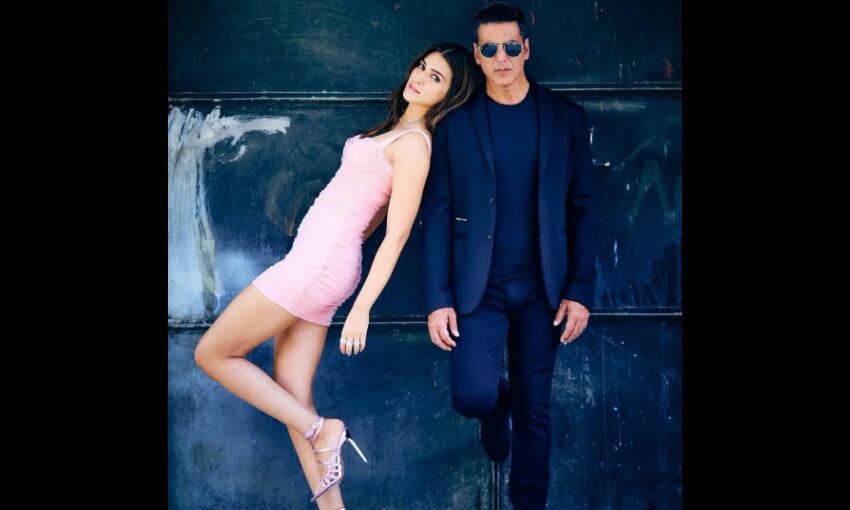 Ever since the theatrical release of the much-anticipated Bollywood films have been scheduled, Bollywood stars have taken a sigh of relief.

Among them are actors Akshay Kumar and Kriti Sanon, whose film 'Bachchhan Pandey' is finally set to hit the cinemas on March 18, 2022.

In a recent conversation, the leading stars opened up about their characters in the upcoming film, their choice of roles and more.

Given the vibes his character emits in the trailer, Akshay Kumar quipped that Bachchhan Pandey is not the kind of villain that audience will find 'cold-hearted'.

"Playing Bachchhan Pandey was a new thing for me. I enjoyed it thoroughly. The best part about the titular character is that he is truly a scary man but later, people will fall in love with him," he said.

Kumar added, "The best part about the film is that the audience will find this scary man cute! The film's screenplay is another best thing. As the story progresses, the audience will forget about everything bad he has done and only focus on his positive side. This, for me, is the power of the story."

"In the beginning of the shoot, I was surprised to see how this character went on beating and killing people. It was only later that I understood his personality and reasons for doing whatever he does," he further stated.

When asked whether he is more interested in playing negative and dark characters instead of goody-shoed heroes, the 'Padman' star replied that he likes 'to play anything and everything'.

"I have spent 30 years in this industry doing all kinds of roles and yet there are so many characters that I haven't played," shared the 54-year-old actor.

He further revealed, "I currently have 7-8 films lined up and my schedule is packed. But every time a director comes to me with a good script, I get tempted so much so that I literally have to force myself to not snatch it. I have said no to many good scripts just because of the lack of time."

"So, when it comes to working and playing any character, I'm a kind of actor who is greedy and wants to grab more projects," he admitted, to which Kriti responded by calling a 'workaholic'.

Revealing himself as a fan of the comic genre, Akshay said that he chose to be a part of 'Bachchhan Pandey' because there is 'comedy in it' and that families can enjoy it with their children.

Kriti also talked about her character during the press conference that was held in Delhi. She said: "I play Myra, a budding director who sets out to make a film on the merciless gangster, Bachchhan Pandey," adding, "This character, unlike Mimi, was an easy one to play as I did not have to do any special preparation."

When it comes to choosing between the films and the roles she is approached for, Kriti's 'priority is always a film'.

"It must be a blend of both. Still, I would go first with a good film because if I do not like the film but love the role I'm given to play, then it does not matter. If the film would not do well, nothing does well. Also, as an actor, you always have to be excited for different kinds of roles," she shared.