Oscars 2022 : 'Writing with Fire' advances to next level 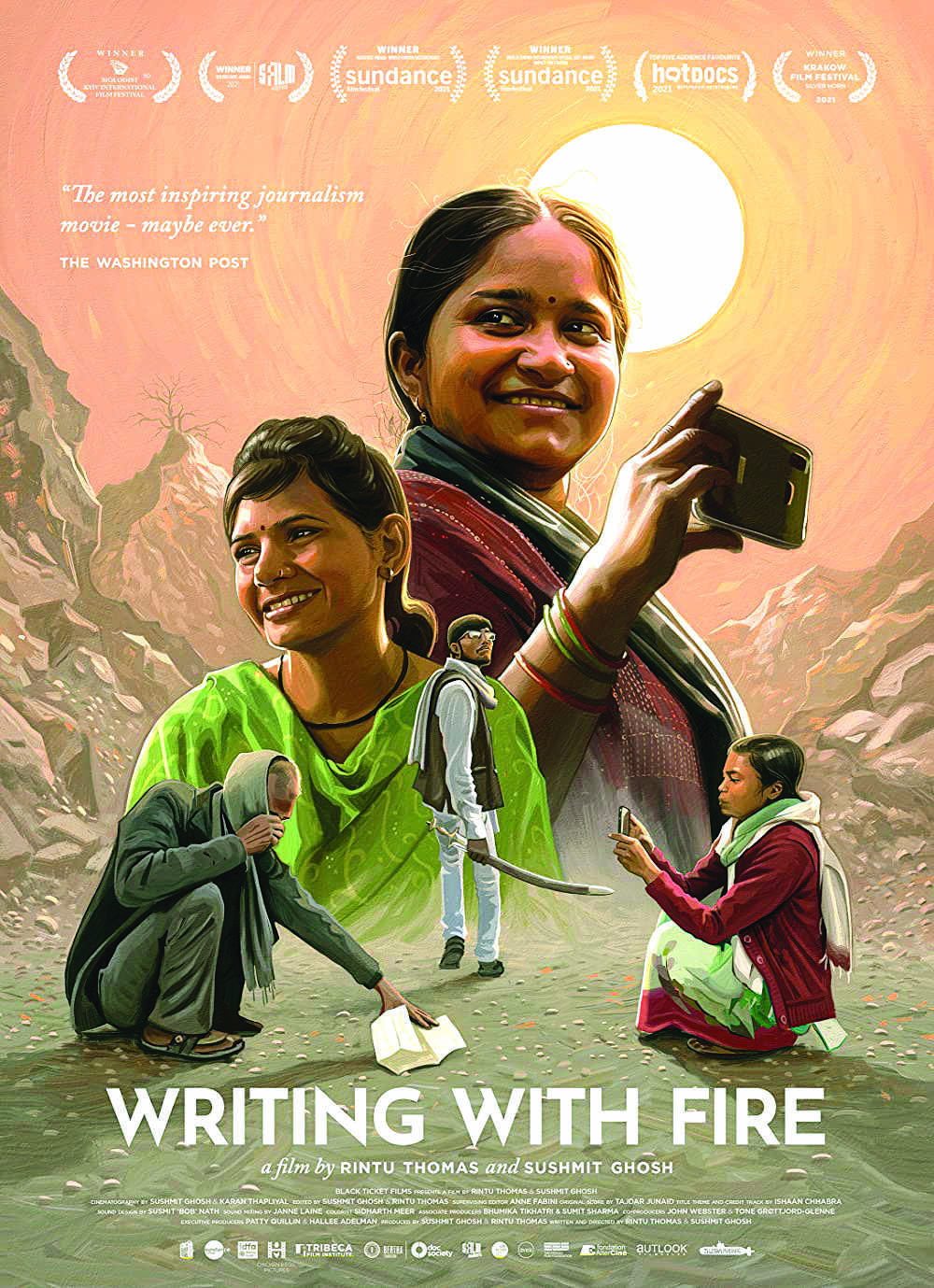 Directed by Thomas and Sushmit Ghosh, both debutants, 'Writing with Fire' chronicles the rise of Khabar Lahariya, India's only newspaper run by Dalit women.

Thomas took to 'Twitter' and shared a screenshot of the announcement.

'Writing with Fire' follows this ambitious group of Dalit wonder women - led by their chief reporter, Meera - as the team switches from print to digital to stay relevant.

Armed with smartphones and the courage and conviction one must be born with, they investigate the incompetence of the local police force, listen to and stand by victims of caste and gender violence and challenge long-standing, harmful practices that lead to injustice and intimidation.

Other titles in the list are: 'Ascension', 'Attica', 'Billie Eilish: The World's a Little Blurry', 'Faya Dayi', 'The First Wave', 'Flee', 'In the Same Breath', 'Julia', 'President', 'Procession', 'The Rescue', 'Simple as Water', 'Summer of Soul' ('When the Revolution Could Not Be Televised') and 'The Velvet Underground'.

Meanwhile, 'Pebbles', India's official entry in the international feature film category, could not advance to the next level.

Helmed by first-time director Vinothraj PS, the acclaimed drama - titled 'Koozhangal' in Tamil - follows an alcoholic abusive husband who, after his long-suffering wife runs off, sets out with his young son to find her and bring her back.

In the international feature film category, 15 films are still in the running for the top prize. Films from 92 countries were eligible in the category.

'Great Freedom' (Austria), 'Playground' (Belgium) and other foreign films are also part of this line-up.