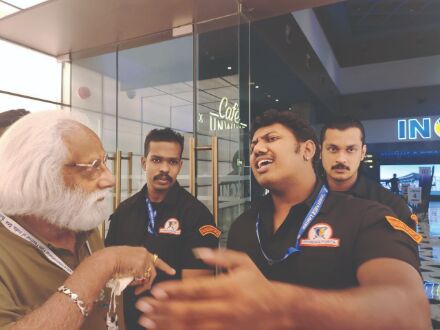 Some bouncers, deployed by a private security agency at the IFFI venue, allegedly pushed and shoved Borkar and a journalist on the evening of November 26.

Leader of Opposition in Goa Assembly and Congress leader Digambar Kamat decried 'high handedness' to which local delegates were being subjected to.

"I strongly condemn the physical assault on Konkani writer and activist Dilip Borkar by bouncers. Goa's chief minister must act fast," he tweeted.

GFP chief Vijai Sardesai said, "The goons, who call themselves as IFFI security and treat visiting celebrities like royalty and locals like servants must immediately cease their misguided and high-handed behaviour."

Despite repeated attempts, Subhash Faldesai, vice chairman of 'Entertainment Society of Goa', which is the nodal agency for hosting the festival, was not available for comment.