Om Raut wraps up the shoot of his directorial 'Adipurush' 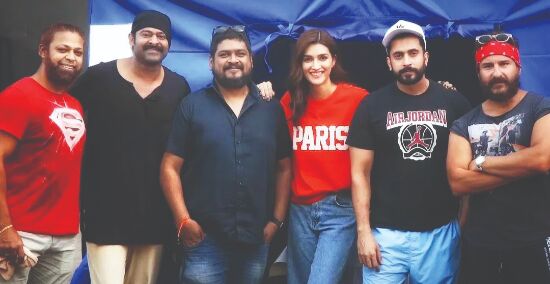 The multi-lingual period saga is an adaptation of the Hindu epic 'Ramayana' and features Prabhas as Lord Ram, Khan as Lankesh and Kriti Sanon as Janaki.

The filmmaker, known for directing Ajay Devgn-starrer 'Tanhaji: The Unsung Warrior', took to social media and said the team finished shooting in 103 days and they are now keenly waiting to bring out the movie for the audience.

"It is a shoot wrap for 'Adipurush'! A wonderful journey has come to its finish line. I cannot wait to share with you the magic we have created," he wrote alongside a picture with the cast.

The film, backed by 'T-Series', commenced shooting in February this year.

Described as a film celebrating the victory of good over evil, 'Adipurush' is slated to be released in theatres on August 11, 2022.