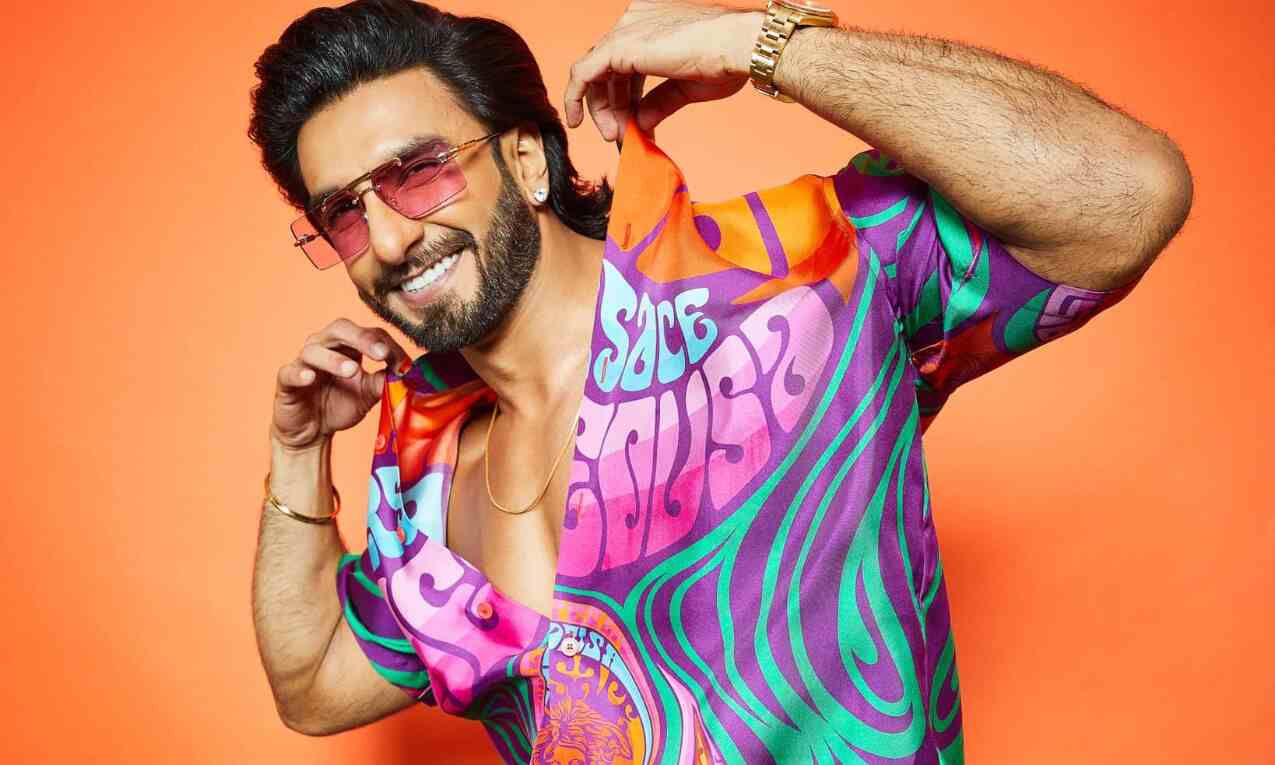 Singh made his first media appearance at the Filmfare press conference on Thursday, two days after a FIR was filed against him over his bare-bodied photoshoot for an international magazine.

Best known for his roles in movies like "Bajirao Mastani", "Padmaavat", "Gully Boy" and "83", the actor has kept mum on the controversy so far and similar was the situation at the media event on Thursday evening.

The usual media question and answer session was not held as Singh only responded to queries posed by Filmfare editor Jitesh Pillaai.

On being asked about on-screen competition with his actor-wife Deepika Padukone, Singh said he isn't competitive at all.

"On screen, definitely not. I am not a competitive actor at all. I have a theatre background and they teach you at a very early stage in your training. Some of the foundations of that kind of training are constituted by the ethos of collaborativeness. What I have learnt and not just in my training but from the 12 years that I spent acting in films is that you are only as good as your co-actor. It takes two to tango," the 37-year-old actor said.

Singh does not believe in one-upmanship and upstaging, he said, adding that there were few instances where his co-stars have tried to "hog the limelight".

"I don't subscribe to one upmanship, upstaging. I have had, unfortunately or fortunately, co-actor experiences where they have tried one-upmanship and trying to upstage and hogging limelight in the frame as they say. I don't subscribe to that. I think it is very defeating. Filmmaking is teamwork and scene work is a collaboration between actors. It's like jugalbandi, it is like give and take. On the flip side, I have also experienced the good side. (With) the actors who are so secure, so giving and my wife is certainly one of them," the actor said.

Singh, who has performed on stage many occasions, will for the first time host the 67th edition of Filmfare Awards, to be held on August 30 at the Jio World Convention Centre here.

He will co-host the popular award show with his actor-friend Arjun Kapoor, who Singh described as a "filmi encyclopaedia".

"It is the first time I am hosting as I have danced a few times. Performing on stage is very different from hosting. According to me, hosting takes ten times more work, ten times the amount of time," he said.

Actors Kartik Aaryan, Vicky Kaushal, Kiara Advani, and Disha Patani are set to perform at the gala event, according to the organisers.

Singh's photoshoot has started a debate on what constitutes obscenity.

The actor is facing an FIR in Mumbai following a complaint from an NGO alleging that he had "hurt the sentiments of women in general and insulted their modesty through his photographs".