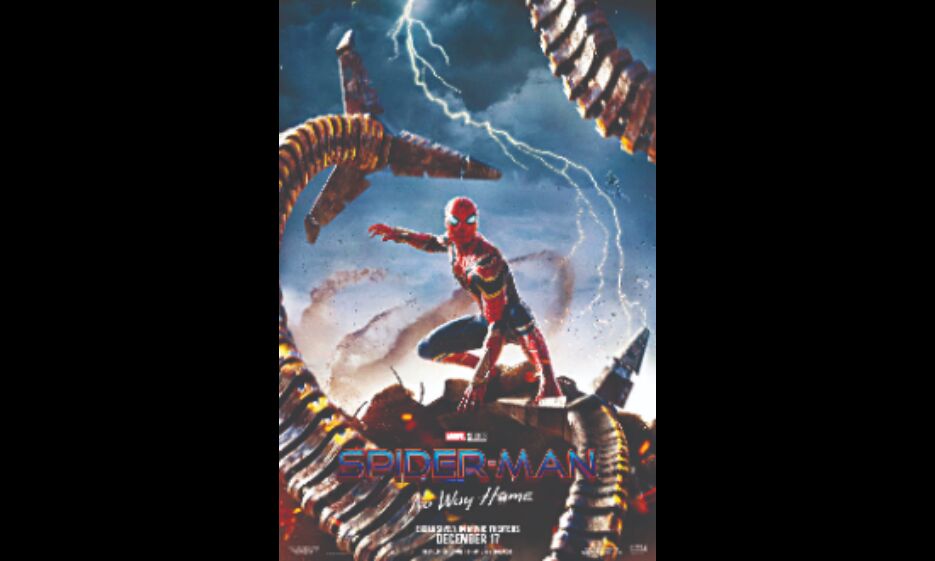 The first official 'Spider-Man: No Way Home' poster is finally here. It shows Spider-Man crouching on debris, as he dodges Doctor Octopus' tentacles. The poster comes with multiple hidden details, challenging fans to uncover all the hints.

Fans are already trying to scrutinise the poster to glean all the hidden details. One can spot Green Goblin in the distance, way behind Spider-Man, looking tiny, standing on his Goblin Glider

and coming towards Spidey. Electro's lightning can also be spotted in

the background, as well as Sandman's sand.

While Doctor Octopus and Electro were already confirmed to be in the movie, the movie's trailer revealed that Green Goblin will play a part too. Alfred Molina, Jamie Foxx, Willem Dafoe, and Thomas Haden Church are expected to reprise the roles of Doc Ock, Electro, Green Goblin and Sandman.

To the best of the fans' knowledge, there is no hint in the poster about Tobey Maguire and Andrew Garfield's Spider-Man. Many fans expect and hope that they will be in the movie. Their role in the story may be to help their counterpart in MCU (Tom Holland's version) against an entire team of supervillains, Sinister Six.