'No one should present history in distorted or manipulative manner' 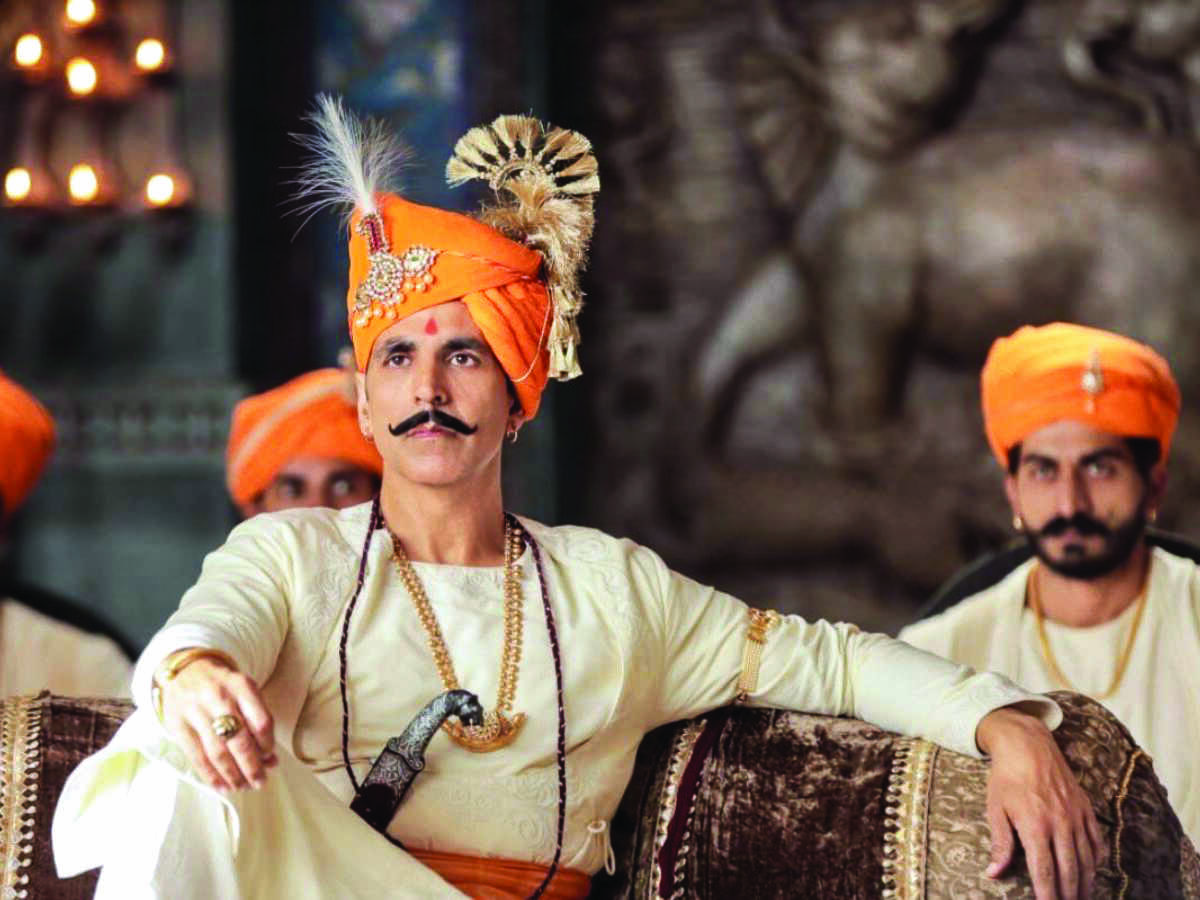 New Delhi: History is a "challenge", says 'Samrat Prithviraj' director Chandraprakash Dwivedi who believes in expanding the silent spaces in the narrative with his imagination without distorting facts.

His new film, a historical action drama, chronicles the life of the titular Rajput warrior king. The Akshay Kumar-starrer released on Friday.

"No one should present history in a distorted or manipulative manner. Wherever history is silent, I find those spaces and expand them. That is the only area where I use my imagination and that's something every writer does. I don't violate history. I don't do anything that goes against history," Dwivedi told PTI in an interview here.

The director said he finds joy in creating a new world for the viewers.

"I look at history as a challenge. Recreating that era that is not a part of your consciousness. Neither mine, nor the audiences'. The India of Chanakya's time is alive in the hearts of a handful people such as archaeologists. When I made 'Pinjar', I was born in 1960. I haven't seen the India of 1947 or before that. Now, We have recreated the India of the 12th century..."

Unlike other films based on a historical figure, there was no scope for him to take "cinematic liberties" with this film, he said.

For the movie, the director said he drew heavily from Chand Bardai's epic poem "Prithviraj Raso", other sources such as "Surjan Charitra", "Hammira Mahakavya" and folklore.

"I took all these into account and created this tale. 'Raso' is so vast that there was no space for me to take any cinematic liberty."

Best known for TV epic "Chanakya" and Partition film "Pinjar", Dwivedi said while he didn't consult any historian for the storytelling purpose, he took help from literature experts -- such as Vinita Kumar, who teaches "Prithviraj Raso" at Delhi University, and Dr Narsingh from Maharashtra, who recently released a book on Prithviraj -- to separate fact from fiction.

"There have been so many stories that have come to be associated with Prithviraj that are absent from our ancient or medieval books. I wanted to know from her (Vinita Kumar) what is fact, what is fiction," he said.

"There was a fictional anecdote that people planted which is not in 'Raso', so I asked her about that. If I tell you right now people will start fighting with me. I asked her where the source of this anecdote was, and she said it's nowhere," he added.

The writer-filmmaker also addressed the change in title of the film, which was earlier titled simply "Prithviraj". Following protests by Shree Rajput Karni Sena, production house Yash Raj Films in a letter last week announced that the movie has been rechristened "Samrat Prithviraj".

"Some organisations, whom I call nationalist organisations, demanded and are also a part of our society. If they feel satisfied by adding 'Samrat' ahead of 'Prithviraj', we said we don't want any 'sangharsh' (struggle). So, we accepted their demand," he added.

On collaborating with Kumar, the director said when he wrote the script of the film in 2004 he wanted a talented actor who would be able to carry the film on his shoulders.

"In 2018, I coincidentally met (producer) Aditya Chopra. He said this is a massive film, it will need a huge actor. Till that one big actor doesn't come on board, this film will have to wait. Then, he talked to Akshay.

"Akshay spoke to me and said 'I'm ready to do the film. (But) the current narrative of history is such where a section of people in India don't feel proud... Can we reclaim our history? If we can, then I'm willing to do this.' Soon, everything fell into place."

The director-actor duo will also reunite for this year's Diwali release "Ram Setu", on which Dwivedi is attached as a creative producer, and "Oh My God - 2".

Dwivedi, 62, said he would invite his detractors to debate with him in case they have an objection with how the film has turned out.

"When they will debate with me, I will get them to answer and in the end they will relent and say 'you are right'. When I made 'Chanakya', there was a lot of debate about the saffron flag and (the chant of) 'Har Har Mahadev' and its centre was the JNU.

"I had then said 'Don't write articles, challenge me in court for the distortion of history. I'll give you the affidavit that will go on record. That way, I'll also get to know where you are getting your history references from. Show me the reference and I'll show you the reference of my sources'."

The filmmaker, whose last work was 2019's historical TV series "Surajya Sanhita", said it took him time to come up with "Samrat Prithviraj" as making period dramas was a lengthy and "exhausting" process.

"It takes a lot of time to study history. Then, it's also difficult to find a producer for such films... It's exhausting. A big film like this doesn't get made till the time there's a big star attached to it. I hope after this ('Prithviraj'), I'll get to do some big things that I had been thinking about for quite a long time."