'No one made me feel like I was new' 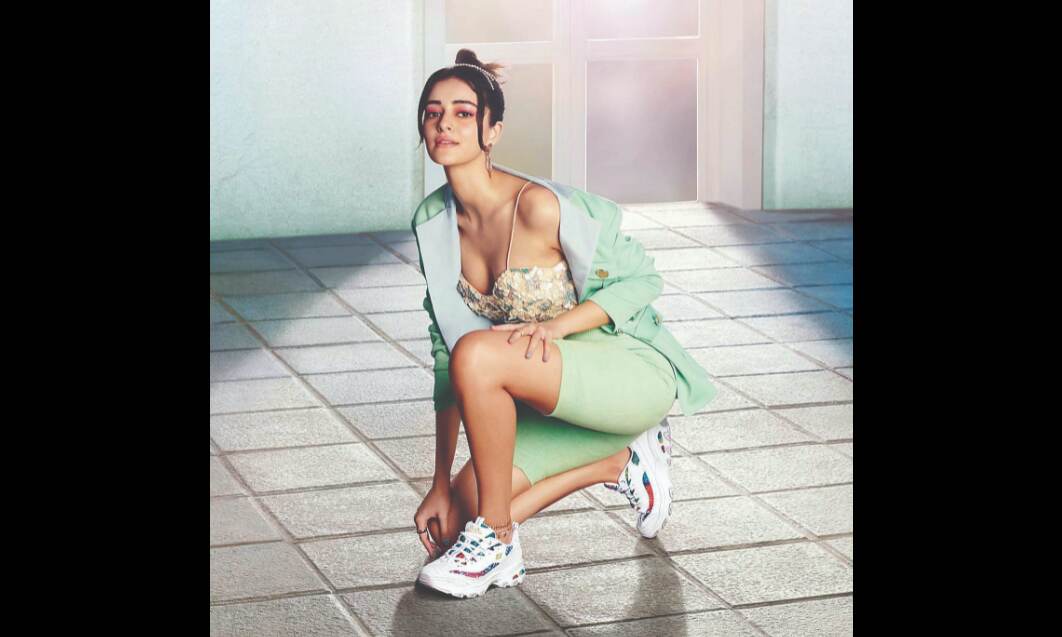 It has been a few days since the new and intriguing posters of 'Gehraiyaan' were released and Ananya Panday, Deepika Padukone and Siddhant Chaturvedi became the talk of the town.

Netizens loved Ananya's look as Tia in the film's posters and teaser. In a recent chat, she opened up about working with experienced people like Deepika, Siddhant and Shakun.

Ananya, who is just three films old, was paired opposite stars like Deepika and Siddhant in Shakun's film. She expressed that they were all like a 'family' on set.

Talking to a leading daily, Ananya said that it was not hard for her to settle in on sets of 'Gehraiyaan' with Deepika, Siddhant and Shakun, who have had a strong body of work. She said that on the contrary, it turned out to help her while performing. Ananya also added that no one on the sets made her feel like she was new and that the experience of working on the film helped her in growing as a person and actor. Ananya also praised Shakun and claimed to be a fan of his body of work.

"Shakun is a dream director for me. I'm a huge fan of his previous work and I was hoping and praying for a chance to work with him. I was drawn to how real, grey and complex the characters were. It was all in the writing for me - everything felt so honest and natural. I felt there was a lot I could borrow of myself for the part," she said.

Further, talking about working with Deepika, Siddhant, Ananya said, "If I have learned anything, it is that acting is a lot of reacting. So, on the contrary, it is always a blessing to have stronger performances opposite you to feed. The whole team was working in synergy, and we were like a family where no one made me feel like I was new in any way."

Ananya received a lot of love from the industry as well as her friends and fans when the 'Gehriayaan' teaser came out. The film is a complex relationship drama that also stars Dhairya Karwa, Naseeruddin Shah and Rajat Kapur. It is backed by 'Dharma Productions'