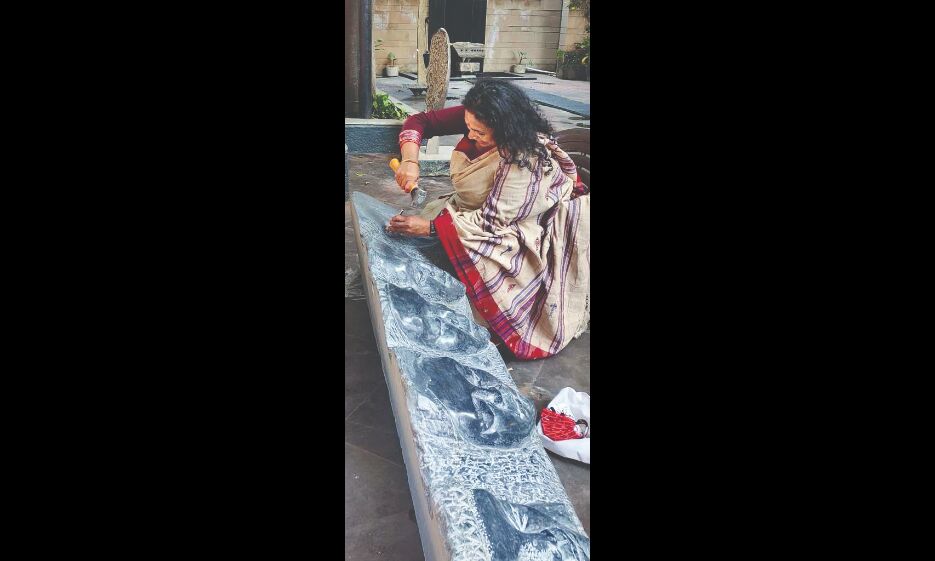 Artist Nivedita Mishra, an Odisha Lalit Kala Academy Awardee, is holding an exhibition of sculptures, which reflect her memories from childhood. The solo show, titled 'Nitya', has opened for public viewing in the galleries of Triveni Kala Sangam in Delhi from March 8 to March 22.

When inquired about her show, Nivedita Mishra was emotional. The show was named after her father Nityanand Mishra. From her narration, it was clear that it was very rare for people to encourage someone to pursue art as a career, especially sculpting. Nivedita's father encouraged her to take to sculpting as a career. Finally, she is a little late, to show her father an exclusive show of her works.

Breaching the glass ceiling, Nivedita managed to storm a male bastion that sculpture has been all along. It was not easy for her to make a mark in her career as a woman sculptor. She has a pillar of support in her better half in dedicating time and effort to carve the best in a stone. She said it was a much-awaited solo show, coming after a long gap of 28 years, though her work has been presented in several group shows over the last few years.

Nivedita's comprehensive collection of more than 100 sculptures is devoted to an esoteric theme, moored in rural and tribal traditions. She chiseled away at tons of hard rock to arrive at her interpretation of the 'Shakta Art Tradition' of Odisha. Her sculptures examine the idea of 'Vishrambh' or faith, which she believes to be an inextricable aspect of Shiva and Shakti. Shiva, Shakti and 'Vishrambh' coalesce into one.

The exhibits at the venue reflect the effort not only in sculpting but also in the presentation of her work.