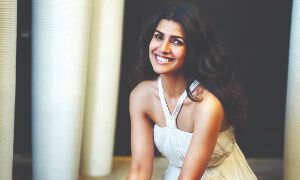 Mumbai: Actor Nimrat Kaur has finished shooting for her upcoming social-comedy "Dasvi" and says the journey which began 10 months ago has finally come to its "joyous culmination".

Directed by newcomer Tushar Jalota, "Dasvi" is written by Ritesh Shah, known for films like "Pink" and "Batla House".

Kaur took to Instagram Saturday evening and posted pictures from the film's set.

Without divulging details, the actor ‑ known for acclaimed dramas "The Lunchbox" and "Airlift" ‑ called her character Bimla Devi Choudhary as one of her most cherished roles.

"There are unforgettable roles in an actor's life and there are unexplored places you visit that come with it. Rarely do the twain meet.

"Bimla Devi Choudhary (aka Bimmo) is one such gift who'll forever be etched in my heart as the happiest, most thrilling and fun place I got to explore through a part entrusted so encouragingly and lovingly to me. I already miss her..." Kaur captioned the picture.

The 39-year-old actor began shooting for the film in March.

"And can't believe a journey that began 10 months ago for me finally came to its joyous culmination through some of the most surreal times of all our lives.

"Nothing but the utmost gratitude to all the stolid pillars of #TeamDasvi!! See you at the movies," Kaur added.

The film is produced by Dinesh Vijan, Sandeep Leyzell and Shobhana Yadav.

"Dasvi" is presented by Jio Studios and Vijan's Maddock Films.