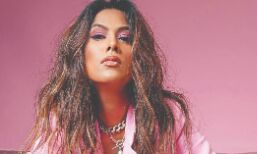 On September 1, television star Nia Sharma joined 'Bigg Boss OTT' as a wildcard contestant. Soon enough, she made a few strong statements on the show. These included heaping praise on Divya Agarwal to motivating Raqesh Bapat and calling out age-shaming, which was earlier criticised by host Karan Johar.

Divya Agarwal is the only contestant in the house, who does not have any connection. Her former connection, Zeeshan Khan, was eliminated from the 'Voot' show on the grounds of physical violence. As 'Bigg Boss OTT' theme is 'stay connected', Divya Agarwal has not been able to participate in tasks or nomination activities.

But her game and performance on the show caught Nia Sharma's eye as she told other contestants that she would love to pair up with Divya. Nia said that Divya's 'game skills are very strong'.

Nia even mentioned to Divya's nemesis Pratik Sehajpal that she was playing a dignified game. Nia was praise for Neha Bhasin too, Pratik's current connection.

Besides, Nia spoke to Raqesh Bapat at length about his passive appearance on the show. She motivated him to perform better and put forth his opinions. She also asked musician Millind Gaba to buck up.

Another interesting observation that the 'Naagin' star made was that people needed to stop commenting on others' age. Criticising such jibes that are often made on the show, Nia said that ageing is only good and should not be looked down upon.

Nia's episode aired on September 2 on 'Voot'. 'Bigg Boss OTT' is currently in its fourth week. It is a six-week show and the finalists will enter the 'Bigg Boss 15' house for the 'Colors' show, which will be hosted by Bollywood superstar Salman Khan.