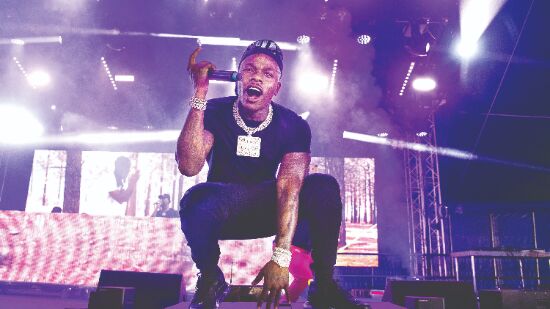 DaBaby recently spoke about his homophobic rant which had caused quite a stir earlier this month.

While making an appearance at Hot97's 'Summer Jam' concert this weekend, the rapper addressed his remarks against the LGBTQ+ community and maintained he never meant to offend anyone.

The 'Summer Jam' marks his first performance since the rant. The six-time 'Grammy Award' nominee was disinvited to perform at an array of music festivals.

DaBaby thanked 'Hot97' and said, "Thank you 'Hot97' for allowing me to share my gift and share my blessing with you all out here live on this stage among all the chaos and all the backlash. So hats off to you all for that."

"They accepted my sincerity and all my apologies when I said I never, ever meant to offend the LGBTQ+ community or say anything to make anybody feel any type of way live on that stage a few weeks ago," he added.

The rapper further said, " 'Hot97' was also willing to stick its neck out on

the line, willing to go against all odds

with everything going on out here in the world. They still allowed me to come right here on this stage and utilise their platform. They helped the world

move forward and become a better place by not dismissing people based on mistakes made like we ain't human."