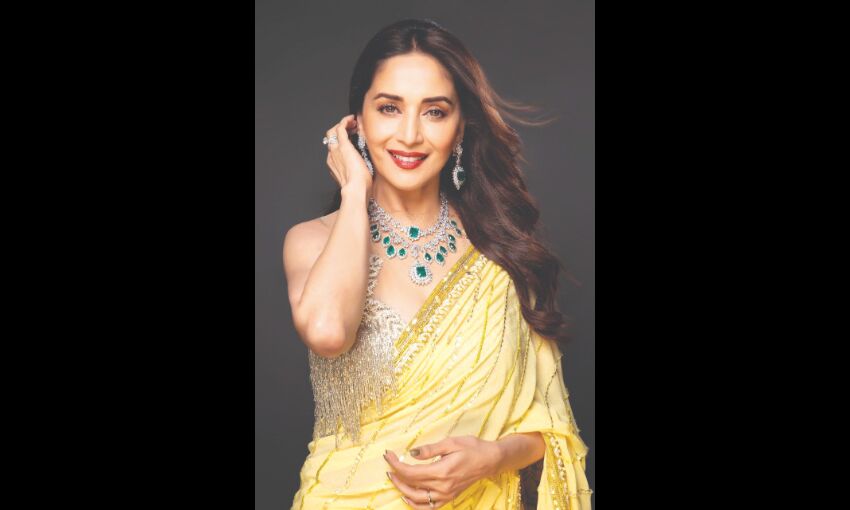 Bollywood star Madhuri Dixit Nene says she has always viewed fame with indifference and that is why there was never a fear of losing it.

Dixit Nene first shot to fame with her 1988 action romance 'Tezaab', four years after her debut with 'Abodh', and became one of the top female stars of the '90s, featuring in blockbusters like 'Dil', 'Saajan', 'Hum Aapke Hain Koun..!' and 'Dil To Pagal Hai'.

Even in the early 2000s, the actor continued to headline both critically acclaimed films and box office wonders like 'Pukar', 'Lajja' and Sanjay Leela Bhansali's magnum opus 'Devdas', before she moved to the US with her husband Shriram Madhav Nene.

"But I never feared losing fame. Fame is a different part of my life. How I live my life is more important than anything else," Dixit Nene told in an interview.

The 54-year-old actor said she is more concerned about staying truthful to her craft rather than worrying about stardom.

"Whether I respect everyone, work with good ethics, keep my values in life, whether I am true to my art -- these things are more important to me than, 'Oh has someone recognised me?' Or someone didn't ask me for an autograph or get into this (loop of), 'Am I losing fame? Am I getting fame?' That is not me," she added.

When Dixit Nene broke her sabbatical and returned to India, the actor also came back to the screen with films like the 2007 musical 'Aaja Nachle', 'Dedh Ishqiya', 'Gulaab Gang' and her last big screen release 'Kalank' in 2019.

Apart from films, the actor also continued to be in the public discourse courtesy her shift to TV as she went on to judge a series of dance reality shows throughout the last decade. In short, the actor never went out of sight.

Dixit Nene, who has been habitual to being under the spotlight, believes that fame can become an addiction for some stars but that is not the case with her.

"Fame can be addictive, but it depends on the person. Some people might be addicted to fame, they can't live without it or they think they are big stars, so wherever they go people have to cheer. But for me, fame is more like a byproduct of what I do.

"I love my art, I love dancing and everything to do being in front of the camera. I work sincerely towards that and always do my best. Fame becomes what you think about it. I don't think it is good to be obsessed with it," she added.

The first time the actor realised she was famous was shortly after filmmaker N Chandra's 'Tezaab', which featured her as Mohini and turned her into an overnight star with the chartbuster 'Ek Do Teen'.

The actor is now gearing up for her OTT debut with the upcoming Netflix series 'The Fame Game'.