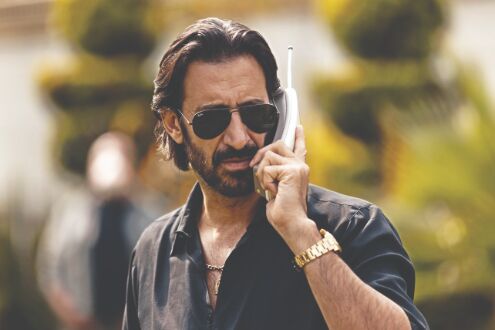 Squid Game' has emerged as Netflix's most-watched TV show or film ever after the streaming service rolled out a new website recently measuring viewing figures in a bid to provide greater transparency, the 'Daily Mail' reported.

Fourteen years of secrecy have come to an end with the launch of the metrics website, 'Netflix Top 10', which shows Netflix's most popular TV shows and films, both globally and in more than 90 individual countries, the report said.

'Netflix' was founded in 1997 by Reed Hastings and Marc Randolph in California. 'Netflix' initially both sold and rented DVDs by mail, but the sales were eliminated within a year to focus on the DVD rental business. In 2007, 'Netflix' had introduced streaming media and video on demand.

'Netflix' has traditionally been reluctant to release its viewing figures since it began streaming in 2007.

'Netflix' subscribers have been eager to see full viewing figures over the years so that they could compare the streaming platform's big hits with those from traditional broadcasters, the report said.

And sitting comfortably at the top of the company's list is the Korean sensation, 'Squid Game'.

The first season of the show had 1.6 billion hours viewed within the first 28 days of having been released and has so far spent nine weeks in the top 10 shows on 'Netflix'.

Until now, 'Netflix' has been selective in sharing viewership data. It has occasionally shared views for hits and it logs a top 10 list, without data, on the service itself.

Netflix's metrics still do not say how many people watched something on the service and it does not include films or series that fall outside of its top 10 brackets. But it is the most transparent measurement so far embraced by 'Netflix', the report said.

"This is an important step forward for 'Netflix' along with the creators we work with and our members," Pablo Perez De Rosso, a vice president for content strategy at 'Netflix', wrote in a blog post recently.

He added, "People want to understand what success means in a streaming world and these lists offer the clearest answer to that question in our industry."

The company said that it has hired accounting firm 'EY' to audit its figures.

At its current rate, 'Red Notice', which received largely poor reviews from critics, could become Netflix's most popular film ever. That title currently is held by the 2018 Sandra Bullock thriller 'Bird