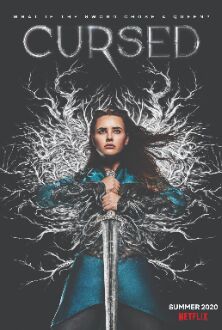 Los Angeles: After its first season, streaming platform 'Netflix' cancelled the fantasy series 'Cursed'. The show is based on a key character from the King Arthur legend.

Based on Frank Miller and Tom Wheeler's illustrated book, 'Cursed, was a re-imagining of the Arthurian legend as told through the eyes of the young woman, played by '13 Reasons Why' star Katherine Langford, who would become the 'Lady of the Lake'.

According to 'Variety', the series debuted last summer on July 17 with Wheeler on board as showrunner and writer. He also served as executive producer alongside Miller.

The story explored themes such as obliteration of the natural world, religious zeal and oppression, senseless war and finding the courage to lead in the face of the impossible.

Alex Boden was the producer and Silenn Thomas was the co-executive producer.