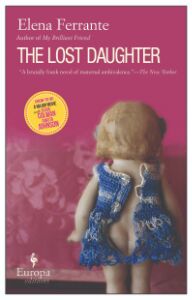 The deal, negotiated with Endeavour Content, covers US and remaining territories, Netflix said in a press release.

The acquisition comes ahead of the film's world premiere in competition at the Venice Film Festival.

"The Lost Daughter" is based on the 2006 novel of the same name by Italian author Elena Ferrante.

The movie will follow Colman's Leda, an elegant college professor who, while on a seaside vacation, becomes obsessed with a young woman, Nina (Johnson), and her young daughter, as she watches them on the beach.

Gyllenhaal has adapted the screenplay and also produced the feature film with Talia Kleinhendler and Osnat Handelsman-Keren for Pie Films, Charles Dorfman for Samuel Marshall Films and Endeavor Content.

Gyllenhaal, who previously featured in "The Kindergarten Teacher" for Netflix, said she is excited to work with the streamer again.

"They have supported so much of the work I am most proud of, and this is no exception. Netflix has consistently championed filmmakers that excite and inspire me and I'm delighted to be included in that company," she said.