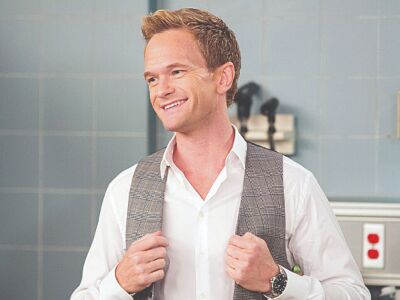 According to Deadline, the story centres on Michael (Harris), who thought his life was perfect until his husband blindsides him by walking out the door after 17 years.

"Overnight, Michael has to confront two nightmares losing what he thought was his soulmate and suddenly finding himself a single gay man in his mid-40s in New York City," the plotline reads.

Harris will also be serving as executive producer on the show along with Star and Jeffrey Richman.

The show from MTV Entertainment Studios and Jax Media will start filming in New York later this year.