Neetu speaks about going back to sets after Rishi Kapoor's demise 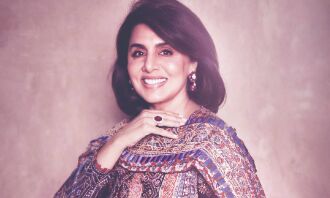 In a recent conversation with a leading magazine, yesteryear Bollywood actor Neetu Kapoor spoke about her experience of going back to the sets of her upcoming film 'Jug Jugg Jeeyo' after the tragic demise of her husband-actor Rishi Kapoor.

She also said that co-stars Anil Kapoor, Kiara Advani and Varun Dhawan were her pillars of strength.

"When I did those 70-80 movies, I was young and my mother used to accompany me and then I did those two movies – 'Do Dooni Chaar' and 'Besharam' - with my husband. For me to agree to 'Jug Jugg Jeeyo' took a lot because, for the first time, I did not have anyone with me. It was quite an experience. Also, my husband had passed away recently, so I was a bit shaken up inside," shared the veteran actor.

Neetu added, "I needed something to make me feel stronger. I was anxious initially but gradually became used to the routine and everybody made me feel better on the sets. Anil Kapoor, director Raj Mehta, Kiara Advani, Varun Dhawan and everyone was a pillar of strength. So, I relaxed after a few days. I'm glad I did the film."

The talented actor also said that her bond with her son and actor Ranbir Kapoor is better now. They discuss movies, scripts, actors and performances. Ranbir even asks her opinion about the scripts.