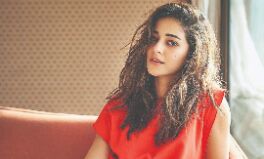 In Aryan Khan's alleged drugs case, Ananya Panday has reportedly been grilled over some 'suspicious financial transactions' by the Narcotics Control Bureau. Not just this, Ananya further has been questioned about her 'WhatsApp' chats with Aryan, who got arrested by the NCB in the Mumbai Cruise Ship drug bust. Recently, she was called twice by the NCB for questioning after a raid at her house.

Ananya has been summoned again on October 25.

As per a tweet by a leading news agency, "Questioning of actor Ananya Panday being done over some suspicious financial transactions and in connection with 'WhatsApp' chats with Aryan Khan. The actor was questioned regarding this yesterday."

Another report by a leading news agency claimed that Ananya apparently told the NCB during her questioning that she may 'know someone who can supply or has once or twice supplied drugs' to Aryan Khan. The report further claimed that the house help of a 'famous person' also has been questioned by the NCB officials.

Both times that Ananya has been called at the NCB office, her dad Chunky Panday has accompanied her. She came under the scanner this week when her house was raided by NCB officials based on the 'Whatsapp' chats between her and Aryan Khan.

Meanwhile, Aryan Khan's custody has been extended till October 30, 2021. His bail hearing in Bombay High Court has been scheduled for October 26.