Nasir: The Half Muslim

In an exclusive interview, actor Nasir Abdullah reveals his idea of spirituality and why he calls himself 'half muslim' 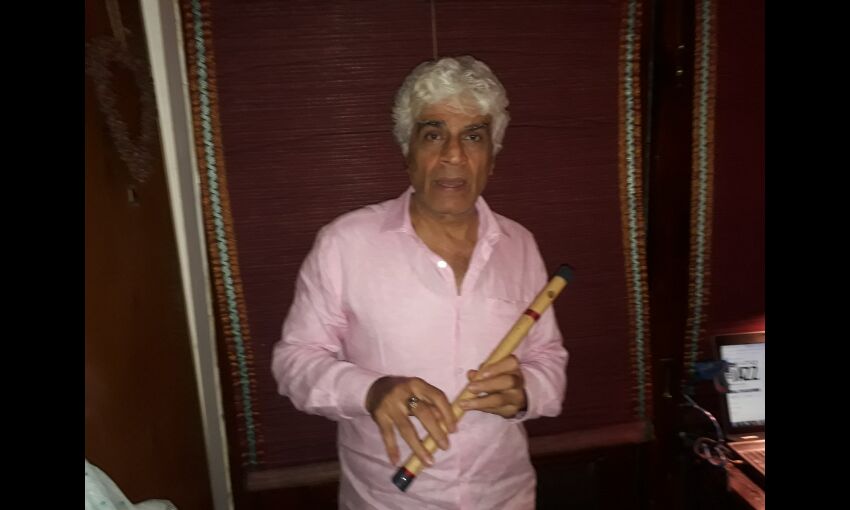 Nasir Abdullah is a well recognizable personality in the entertainment industry in India and a cool neighbour in Nizammuddin East. His aloofness coupled with effervescence is infectious and unlike the rather snooty ones, he prefers to go bicycling around and to buy his daily grocery. I invited Nasir over for snacks and coffee and he was kind to accept my offer for an interview. We chatted and heard some jarring music and it finished off with an impromptu Q&A session.

Nasir started his career as a model for a leading jeans brand and for the then famous Red & White brand of cigarettes. He has come a long way since then. He joined the Hindi film industry and did remarkable acting in films like Mitr, My Friend - a 2002 Indian English-language drama film directed by Revathi and written by V. Priya and Sudha Kongara Prasad. Set partly in India and the US, the film was noted for having an all-woman crew and later won the Best English Film of the year award at the 49th National Film Awards. He gave another great performance as an attorney in the Hindi commercial movie Taxi 9211 - a 2006 comedy thriller directed by Milan Luthria.

What have you been up to of late? I mean, I've been watching your films, the shorter roles that you've done, and I've almost cursed you for it! Why don't you do the bigger roles, the lead roles?

Why would you want to curse me? It is not in my hands. The people who make the movies are the ones who actually decide, and perhaps, somewhere I'm at fault. Maybe, I should show I'm more ambitious and I can do a lot more, but I'm easy going. So I let them decide what they want to do.

That was in a lighter vain. The idea is that it should go to the directors and the producers that this man's got talent and he's not getting enough, as I feel it.

They won't think of it like that. You're a neighbour and a good friend. That's why you feel so. But then there's so much talent in India. Girls and boys as young as aged five and six are doing so well , not only in the acting field but also in dancing, singing and other areas. They're are extremely good. So, I would say the competition here is very stiff.

Do you do meditation or yoga?

No, not really. My older brother is a yoga master. I'm not. But he's also a very spiritually gifted man who knows the Bhagwat Gita backwards. And, he has written a couple of books on the Gita and he practises of yoga. He's a yogi and he is pretty much a practitioner. He knows all the mantras. He's almost a Hindu in his practice. He doesn't pray the way the regular Muslims do. As for me, I have met all the great gurus like musical genius Ravi Shankarji. I have been to the Ramakrishna 'math' many times.

Can you touch upon your food habits, especially being a Muslim and living in a locality which is right opposite the Mecca of Mughlai food. Also what are your thoughts on religion, keeping the politics out of it?

Okay. I'm a born Muslim and I'm nowhere close to my scholarly dad, who was a master of so many languages Spanish, Italian, English, Urdu and Hindi to name a few. At the age of 18 or so, I had the good fortune to meet some great Saints and the gurus from the Hindu world. I have been to all the ashrams of a lot of spiritual leaders - the Yogananda, Sri Ramakrishna and I follow them in spirit. So I attend their bhajans and I attend the Satsang. There is so much more about my religious zeal. I call myself half a Muslim.

As far as food goes, I used to eat a lot of meat. But having visited these religious places and met the great Saints, I was deeply touched and I became a vegetarian many a time for as long as about two years.

Whenever we would go to a Muslim wedding or somebody's house for lunch - be it at a friend's place or a relative's, my mother had to call them up and say "I have a mad son who doesn't eat meat...could you keep some of the simple vegetarian food that is cooked for the servants for him?" As the servants normally eat the vegetarian stuff. So, being a Muslim and not eating meat...I was cool about it.

I love it as I was married to a French lady.

How open are you to a partner now?

I'm absolutely open for it. My wife is in France. I go once in a while to meet her because she's got her own issues to deal with. I mean who is not okay for love? You tell me who will say I don't want love in my life. If he says that, he is lying.

Are you currently doing assignments in modelling or advertisements?

I recently refused something that was being offered to me because I'm hopefully heading off to the mountains. May be, I could do it after a while. And I don't want to go to Mumbai at the end of the month because it's a one day job for me to do in one of those internet films. I don't know too much about it but I just suddenly thought, no man, I really want to get away.

Is it a sabbatical and a long one?

No, just a few weeks, may be, a week to ten days as of now. Let's see. I haven't been out for a while. I went to rich kids for some time because my older brother lives there. I also went to some good religious places in Chennai.

What does spirituality mean to you?

Good question. It's being able to be in harmony with whatever there is. It's being able to be not get tormented by the ups and downs of life and the games that the mind plays. To be in a tranquil space. And, I would say a holy space. That is what spirituality is for me. And I am really keen to attain Moksha.