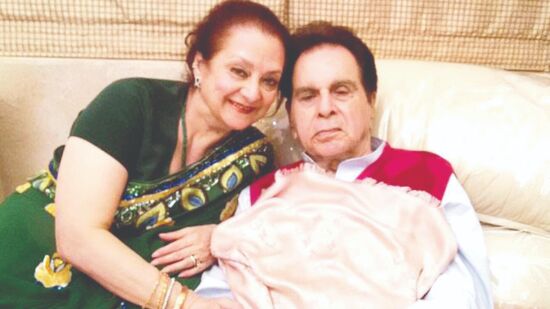 Two of the industry's most respected, veteran actors, Dilip Kumar and Naseeruddin Shah were recently rushed to the hospital owing to health problems.

Naseeruddin Shah was admitted to Mumbai's Hinduja Hospital on June 29 after he was diagnosed with a "small patch" of pneumonia in his lungs.

"Yes (he has a) small patch and all under control. (He is) Responding well to treatment so hope he'll be discharged soon," his wife Ratna Pathak Shah informed.

Dilip Kumar, who had been admitted to a Mumbai hospital earlier this month following complaints of breathlessness, was again taken to the Hinduja Hospital after he complained of breathing issues.

The 98-year-old actor is currently said to be 'in the ICU' and is 'fine', hospital sources told a news agency. He was readmitted to Hinduja Hospital nearly 12 days after he was discharged.

An insider said, "He was admitted on June 29 during the day due to breathlessness. Given his age and recent hospitalisation, the family decided to take him to the hospital as " a precautionary measure.

He is fine. He is in the ICU so that the doctors can monitor him."