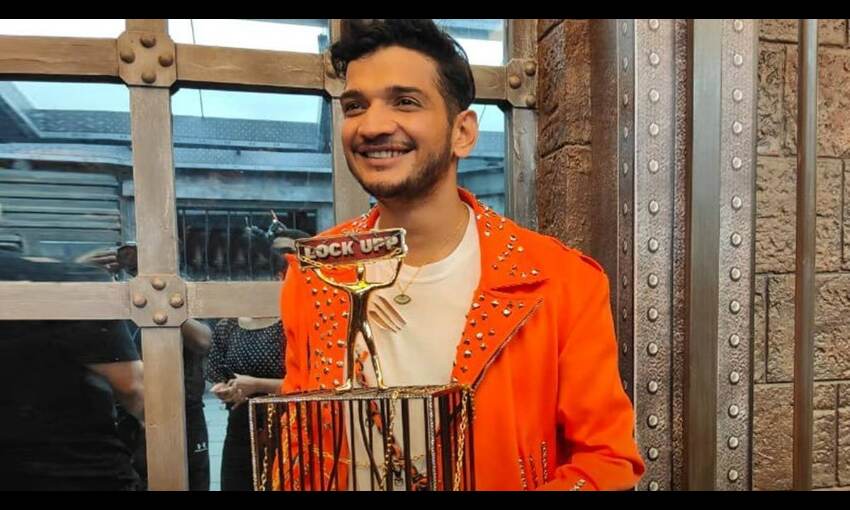 Lock Upp winner Munawar Faruqui reacted to attacks against him by comedian Sunil Pal. Pal had attended the season premiere of Lock Upp and had likened Faruqui to a terrorist. Faruqui has been at the receiving end of similar slurs for months, after he was incarcerated for offending the sensibilities of a certain section of society.

During an Instagram live interaction on Tuesday, the comedian was asked about Pal calling his comedy 'vulgar'. He said that he doesn't understand why Pal, a veteran of The Great Indian Laughter Challenge who has now largely faded from the limelight, feels so strongly about him personally.

He added, "I respect and love comedy as much as you do. Please don't say that comedy is in danger because of me. You have a right to your opinion. We all can save comedy together. Your way is different, mine is different. When you came on stage, you must have felt I was disrespecting but I was not. Even if you think I did, I didn't mean it. You said 'aukaat (worth)' nahi hai meri, aukaat bana lenge."

Pal previously invited trouble when he made similar accusations against former AIB co-founder Tanmay Bhat. It seems to be a matter close to his heart, because he also called Manoj Bajpayee 'badtameez' and 'gira hua' for saying swear words in his films.

Faruqui edged out Payal Rohatgi to win the first season of Lock Upp, hosted by Kangana Ranaut and produced by Ekta Kapoor. Asked about his equation with Kangana, who is famously right-wing, he told Indian Express, "I think that's the beauty of living in a democratic country. You may come from different beliefs but you can always work together. Yes, many had raised questions about me doing this show. But I knew it was a means to connect with fans, and I was successful in doing that."