'Movies are scary if they tangentially touch reality' 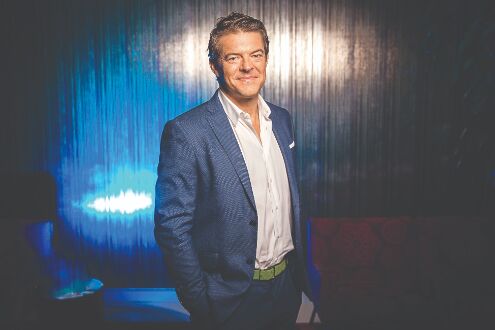 Producer Jason Blum, a horror genre master, said all good scary films ultimately depend on how well they can blend present-day reality with the flight of fiction.

Blum is behind some of the most influential blockbuster horror films of the last decade, including 'Paranormal Activity', 'Insidious', 'The Purge', 'Oculus', 'Split', Jordan Peele's Academy Award-winning 'Get Out' and 'Us'.

Most of these films later transformed into global franchises, occupying a major pop culture space in the horror genre.

In an interview with a leading news agency, Blum said over the years he has realised that the 'key' to making a good horror film - beyond all the jump scares and dramatic backdrops - is to simply have 'great storytelling'.

"Most people think when they talk about a good horror movie, how good the scares are. You can have the best scares in the world, but they would not work if the story were not good. If you have a great story and great actors, the scares will come easily," he said.

He added, "Movies are scary if they tangentially touch reality. And all these movies do. They are about greed, getting older, racism and prejudice. But you cannot be preachy about it."

This core principle of horror filmmaking, the producer said, extends to his latest offering 'Welcome to The Blumhouse' - a film series comprising four features – 'Bingo Hell', 'Black as Night', 'Madres' and 'The Manor'.

The 52-year-old producer believes that the setting of a horror film can be instrumental in driving home a larger point.

'Get Out', for instance, promised viewers a horror film about a young Black man who meets the family of his white girlfriend, but knocks them out with a stinging commentary on racism.

According to Blum, horror films work best when the audience is tricked into gently 'relaxing' with the film's setting and characters before the makers pull the rug to unleash the proverbial monster.

"Horror is a great way to get what you want to say, seen or heard by a big audience. The best horror movies are entertaining first and then they have something to say, like 'Get Out' for instance. I like seeing people jump in their seats. The way to make a horror movie scary is you must get people wrapped up in the storytelling and acting so that you are not expecting a scare," he shared.