More than Aparajito, people are interested in my teeth setting: Jeetu Kamal 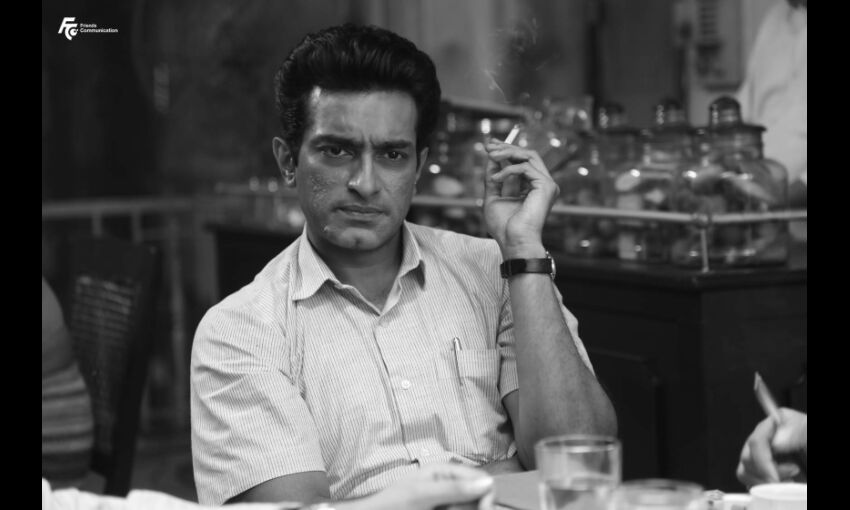 Kolkata: Jeetu Kamal's first look as Aparajito Ray in Satyajit Ray's tribute film 'Aparajito' took the cine lovers by extreme surprise. The uncanny resemblance with the austere filmmaker became a talking point. Of course, makeup man Somnath Kundu deserves credit for the prosthetics on Jeetu to make him Ray, but the popular TV actor also did the impossible to essay the character. He changed the setting of his teeth to become Ray in 'Aparajito', which hits theatres on May 13. Even the director was not aware the actor had changed dental settings for the sake of Ray.

But it is only now that Jeetu is facing the after-effects. With bleeding gums for the past few days, the actor has been advised to remove the dental cap, which he had placed over a tooth for the character.

His wife-actress Nabanita took to social media to write about his pain. Jeetu, however, does not want to resort to 'cheap publicity'. He wants 'Aparajito' to do the talking.

"Actually, twice I had to change my setting of teeth. Initially, I changed the setting for Aparajito. Once the shooting was over, I went to the doctor to get the setting changed again. But in this process, 11 teeth were changed. Among these, two are giving me a lot of trouble for the past few months. Even if I chew something, blood is oozing out. Finally, I was told that the capping needs to be removed. When I went to change the setting, I was not told I mostly have deciduous or primary teeth. After my wife Nabanita wrote about my teeth setting on 'Facebook', I am flooded with calls. More than the film, people are interested in my teeth. This is not something which I want," said the actor.

Union Ministry of Information and Broadcasting will screen 'Aparajito' on the birth centenary year of Ray as part of the various activities organised to mark the occasion between May 2 and May 4 in Mumbai, New Delhi and Kolkata. The producer of the Bengali film, Firdausal Hasan has asked Jeetu to 'enjoy every moment'. So, what was his reaction when he realised he is almost Ray's doppelganger?

"When people started liking me as Ray post the first look, I thought I might look like him. But all credit goes to the director who had visualised me in the role of Ray. In the TV serial 'Raage Anuraage', I used to backcomb your hair and spoke in a baritone, but nobody thought of me that I could be Ray. This is all fortune," he said.

Interestingly, Jeetu was not the first choice in the tribute film on Satyajit Ray. It was Abir Chatterjee. Jeetu stepped in when Abir had to leave the project citing date issues. Jeetu is yet to talk to Abir but both the actors share camaraderie.

"Just think about me, a guy doing Bengali serial. Some people talk to him, some do not. During COVID-19, everyone has suffered in one way or the other. This offer comes my way. Abir da was doing the role. I am close to his family, especially his father. I was told I am doing one of the characters in 'Aparajito'. Then, suddenly the entire film falls on my lap," Jeetu said without a pause.

Jeetu has seen the film, so when we ask him if he is prepared for criticism, too, since it is Ray, he said, "Everyone has performed exceptionally well. I am sure, if there is criticism, there will be cine buffs who will love it too."

This is not the first time Jeetu has acted in a film. And he knows the expectation post 'Aparajito' will increase by leaps and bounds. But he has his feet on the ground.

"Honestly, after acting in the character of Ray, I cannot expect I would get my next role as Ritwik Ghatak or Gregory Peck. I have always looked for good scripts even in TV serials. And we need to do TV serials to keep the home running," he said.