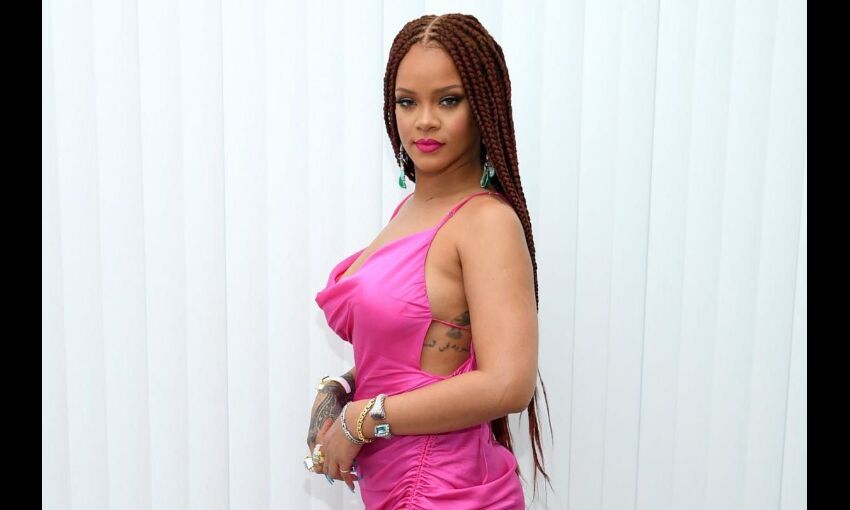 There is no 'Met Gala' without Rihanna. Through the years, the musical sensation has stunned again and again with her fashion bests on the red carpet of the star-studded fundraising event at the Metropolitan Museum of Art's Costume Institute in New York City. This year, Rihanna could not bless the event with her presence as not long ago, the singer entered the third trimester of her pregnancy.

To fill in the void of her iconic presence, 'Met' and 'Vogue' came together to honour the Grammy-winning singer with a spectacular surprise. The museum and the fashion magazine brought together a flawless idea to give the superstar a tribute as they transformed her recent photoshoot with the outlet into a remarkable marble statue. Given this year's theme of 'Gilded Glamour', the statue was made to pay a tribute to only RiRi but also the Greek goddess of peace, Eirene.

Vogue unveiled the legendary statue in a video they posted on 'Instagram' with the caption, "The statue of 'Eirene (The Personification of Peace)' is usually the highest-profile marble goddess at the Met Museum Greco-Roman galleries. But now we have got Rihanna straight off this month's 'Vogue' cover."

The photoshoot they chose as inspiration had significant importance as in the feature, Rihanna had opened up about her headlining maternity fashion, which had been criticised by many conservative onlookers.

The singer on her cover story noted, via 'ET Canada', "My body is doing incredible things right now and I'm not going to be ashamed of that. This time should feel celebratory. Because why should you be hiding your pregnancy?"

As for Rihanna's reaction to the tribute, the star went all out as she complimented both the teams for their honourary gesture. Her tweet read, "Shut down the Met in marble! What is more gilded than that? Lol! Thank you, Met Museum and 'Vogue' magazine, for this historic tribute! You all bad for this one!"