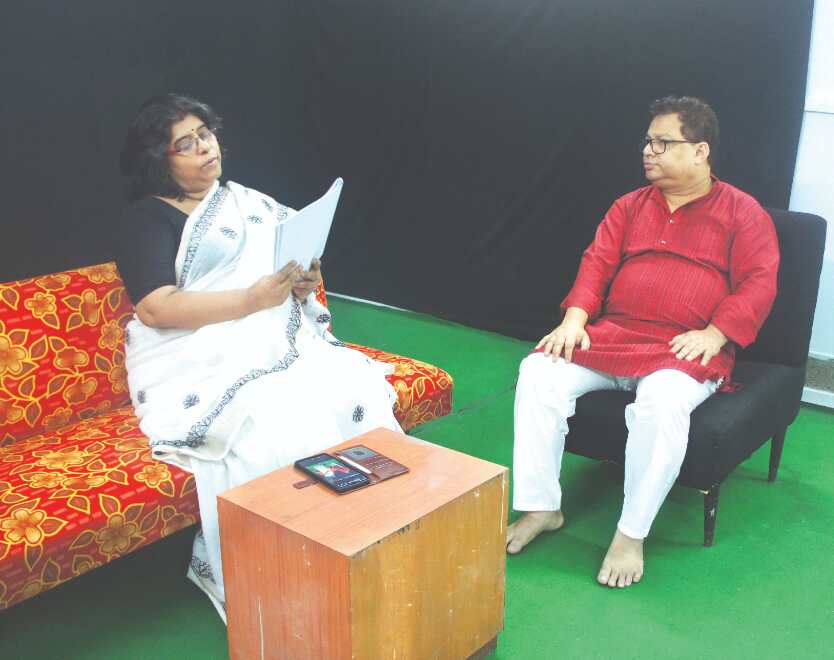 Life is a journey. Sometimes we miss a train or prefer to change the track of our path. But what if the train you have missed appears in front of you at a pace that intrigues you and makes you wonder what life could have been if you would have taken that train?

'Bidhannagar North Society for Social Welfare' is in prospect with such an enthralling play written and directed by the exceptionally talented film, television and theatre actor Manasi Sinha. After the unfortunate demise of her mother, Manideepa Roy, a noted Bengali theatre actor, she broke down. From an extremely emotional notch, she requested a prominent film, theatre actor Ashim Raychowdhury, to collaborate with her.

Henceforth, Manasi Sinha is reviving her theatre acting career after a considerable time of six to seven years with the play 'Ei Ami Madhabilata', which will be premiering on November 13, 2021, at 6:30 pm in Gyan Manch, Kolkata.

In this play, the audience will get to witness the act of these veteran artists respectively, Shubham Singh and Ashok Banerjee along with Ashim Raychowdhury and Manasi Sinha. The light designer of this play is Sudip Sanyal and the set designer is Neel Kaushik and both are specialised in their respective domain.

Bihu Mukherjee (son of renowned actor Kharaj Mukherjee) and Ankana Das are astounding musicians of the present generation and they are composing the music. Nilava Chattopadhyay has designed the calligraphy along with the publicity materials.

A recitation within the play has been contributed by the renowned film and theatre personality Koushik Sen.

This play is about finding out the inner joy in one's life. It is about realisation and acceptance. Finally, Animesh will transparently perceive the real Madhabilata who did manage to suppress her actual self after the ambiguous appearance of Romit.