'Lucky to be rewarded for trying something new with Jugjugg Jeeyo' 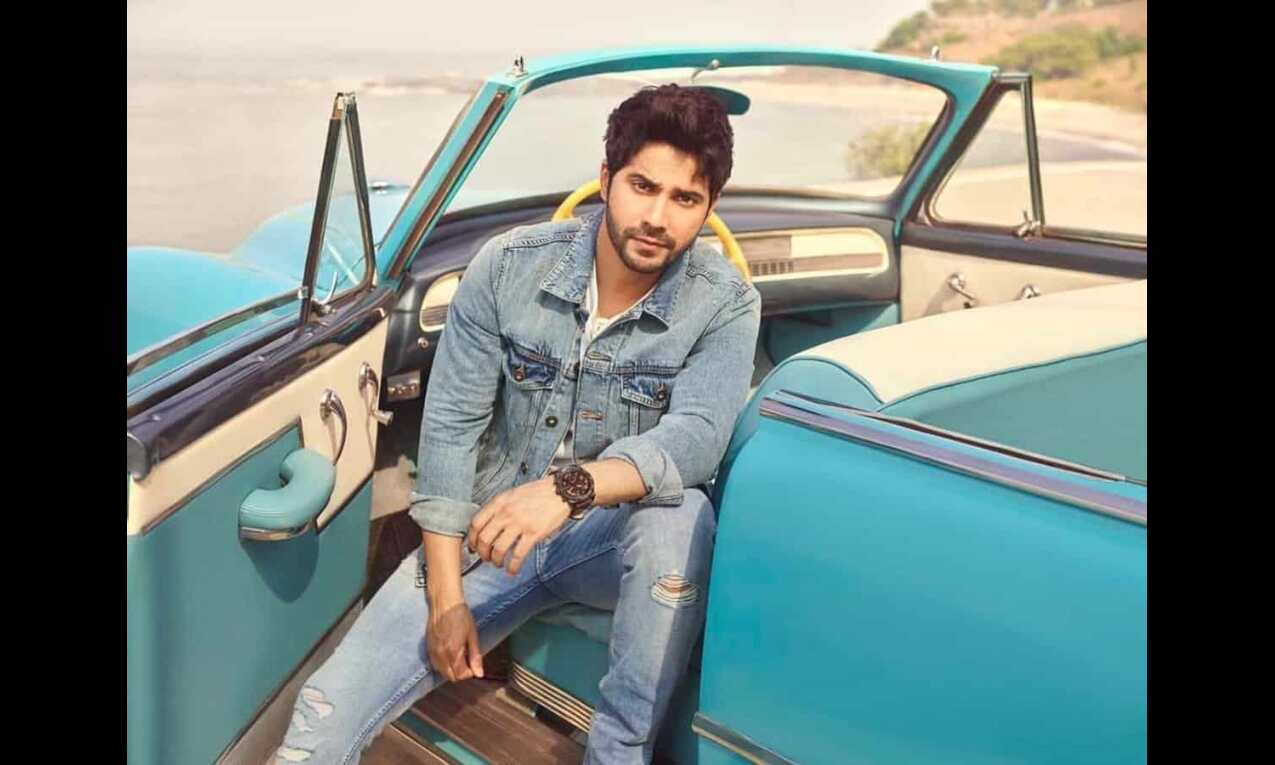 New Delhi: Bollywood star Varun Dhawan says he only has gratitude towards the audience for showering love on his latest release "Jugjugg Jeeyo", a film he describes as a "masala" entertainer devoid of cliches.

Directed by Raj Mehta and backed by Dharma Productions, the star-studded family drama opened to mostly positive reviews and has earned over Rs 50 crore since its release last Friday.

"I'm very happy with the response. I have so much gratitude considering the state of films right now. Being back to the theatres feels great," Dhawan, whose last theatrical outing was 2020's "Street Dancer 3D", said.

"Jugjugg Jeeyo" follows Kuku (Dhawan) and Naina (Kiara Advani), on the cusp of divorce who pretend to be happily married till his younger sister Ginny's (Prajakta Koli) wedding festivities are completed.

Little does Kuku know his father Bheem, played by Anil Kapoor, is cheating on his mother Geeta, essayed by Neetu Kapoor and planning to divorce her.

As much as he loves working on "masala films", Dhawan said the team of "Jugjugg Jeeyo" was aware they didn't want to give in to cliches.

The film is a progressive depiction of infidelity and doesn't "whitewash" the reality, the 35-year-old actor said.

"You still have to make films that the audience wants to watch. It's very easy to whitewash and show everything as vanilla in a film. But I feel down the line it is interesting not only for the actors but also for the audience to watch something a little new. We didn't want to make 'Jugjugg Jeeyo' into a cliche masala film, we were trying to explore something new. You don't always get rewarded for that, but we are lucky and blessed we are getting rewarded for it," he added.

Things have changed following the coronavirus pandemic, said Dhawan, adding the audience will only flock to the theatres to watch films that "promise entertainment".

"People watching a film boils down to human behaviour, which is going to get impacted by what is going on around in life. The pandemic has changed everyone's life. The behaviour and patterns have changed. The box office has got impacted," the actor, whose last release was "Coolie No 1" remake, which had a direct-to-digital release of Prime Video, said.

As trade analysts try to wrap their head around why films from the south such as "Pushpa" and "KGF: Chapter 2" are doing record-breaking business in the north, Dhawan said what matters is entertainment which was also delivered by Hindi films "Gangubai Kathiawadi" and "Bhool Bhulaiyaa 2" this year.

"The good sign is people went and saw 'Gangubai', 'Bhool Bhulaiyaa 2' in hordes and hordes. Now that the same is happening with 'Jugjugg Jeeyo', it shows that people will go to the theatres, but what exactly they want to watch, it boils down to a good film, bad film, and entertainment. We should keep it as simple as that. I still think it will take some time to figure out exactly what's happening. Films that promise entertainment are going to get an audience," he added.

The actor, who made his debut with 2012's coming-of-age rom-com drama "Student of the Year", said he doesn't want to count "10 years flat" in Hindi cinema just yet.

"I couldn't have any film out in the last few years," he quipped.

Calling "Student of the Year" a life changer, Dhawan said being directed by Karan Johar in his first film was "huge for my career".

"I'll forever be indebted to (him) because of that. I take my craft seriously, keep challenging myself, and want to keep doing better and better work. I want to keep entertaining people, doing a wide variety of films which I have done all these years."

In the next 10 years, Dhawan said he would concentrate on working on entertainers because he missed doing them during the pandemic.

"That's what I want to do. Try and do as many entertainers as I can for theatres," he added.

Dhawan also talked about his upcoming projects "Bhediya", a horror-comedy directed by Amar Kaushik, and "Bawaal", a love story from Nitesh Tiwari.

Kaushik of "Stree" and "Bala" fame has created a world that is "eerie, fantastical, crazy and funny at the same time", he said about "Bhediya", slated to be released on November 25.

"It is an entertaining film. A lot of time is being spent on getting the VFX right. Amar is obsessed with it. Dino (producer Dinesh Vijan) is also packing in because Amar is a young director, so he wants to make sure we are on a certain level. All the energy is going into that," the actor said.

Working with Tiwari, known for "Dangal" and "Chhichhore", was on his "bucket list", he added.

"To be directed by him in 'Bawaal' - I just keep pinching myself every day. I'm just having a blast right now shooting for it," he added.