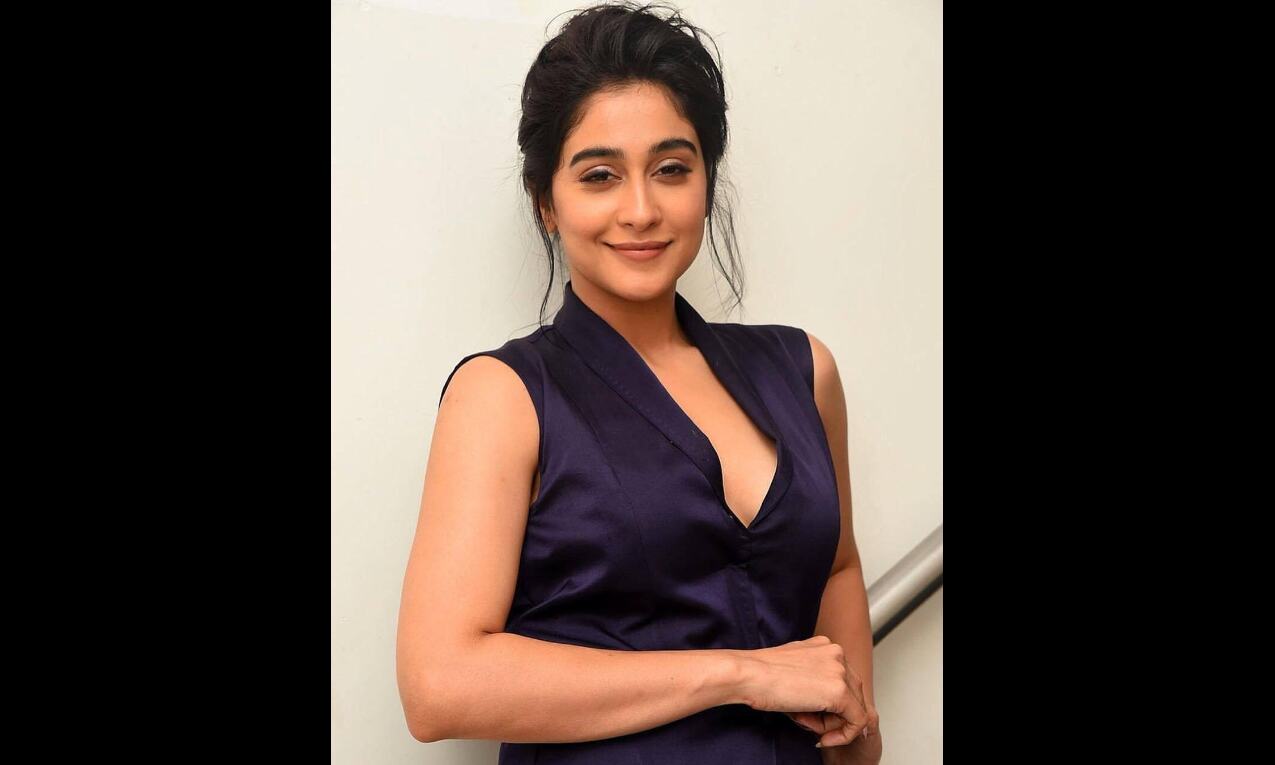 New Delhi: She was luminous as the Bharatanatyam icon Mrinalini Sarabhai in her digital debut "Rocket Boys" and with the upcoming show "Shoorveer", actor Regina Cassandra is 'aiming for the sky'.

Known for films such as "Siva Manasulo Sruthi", "Mughizh", "Suryakaanti" and "Ek Ladki Ko Dekha Toh Aisa Laga", Cassandra says OTT platforms have been a game changer for her.

"I love how things have taken a turn and OTT has a big role to play in that. I have always believed in balancing it out and I love the balance of 'Rocket Boys' and 'Shoorveer' in terms of characters and performances. I feel grateful for that," the 31-year-old actor told PTI in a Zoom interview.

Unlike Flight Lieutenant Avantika Rao, her character in the military drama "Shoorveer", she is satisfied with her career trajectory.

"I am content with the way things are working out for me as an actor. The kind of person I am, there are certain things I hold up in terms of principles. After having a big body of work in cinema, the OTT space is very different. The opportunity I am getting through this, finally, I feel my physique is being put to use because a lot of people have told me that I should do action roles. So, this (series) is something I am really excited about."

Since stereotyping is still rife in the film industry, the onus of breaking out of the image trap is on the actor, added Cassandra.

"Throughout most of my career, it has been like whatever I am offered and I see if I like to pick it or not. I am grateful directors think that I can pull off certain roles. I have played very different roles in most of my films. It's great to know those creators and people out there could look at you in that particular character in spite of you not playing it before. You easily get typecast, so breaking out of that mould is your responsibility as an actor," the actor, who made her debut with the Tamil film "Kanda Naal Mudhal" in 2005, said.

Created by Samar Khan and directed by Kanisk Varma, "Shoorveer" will stream on Disney+ Hotstar from Friday.

"It's an action-packed Indian show. The trailer is just one small bit, there is so much more to it. I love the storyline and how it has been shot," she added.

The Chennai-born actor said there is definitely "something deeper" to an action-drama series like "Shoorveer", which follows the lives of people serving in the Indian armed forces.

Citing the example of the 1987 action drama "Top Gun", Cassandra said there were conspiracy theories claiming that the Tom Cruise-starrer was propaganda for the US Navy.

"I read that when 'Top Gun' had come out they had very closely worked with the navy. Some people say it was also propaganda. There is a whole conspiracy about how there were certain things they wanted to do during that time. But at the end of the day when it comes to entertainment and when you put out something like this, you are going to have everyone having their opinions about it. So, no, it's not just entertainment at the end of the day. Shows like this could motivate young people to join the armed forces, it could be something as simple as that," she added.

This is a busy year for the actor who has four-five films in Tamil and Telugu coming up, including "Shakini Dakini", expected to be released next month.

She also gave an update on the second season premiere of "Rocket Boys". The first season of the SonyLIV series, which arrived on the streamer in February, was directed by Abhay Pannu and produced by Nikkhil Advani, Monisha Advani and Madhu Bhojwani.

"I got a message from Nikhil sir that we are done with the second season's script. That's the most exciting news I have heard so far because everyone keeps asking me about the second season. We just had 30 percent of the show left to shoot but after seeing how well season one has done, Abhay went back to pen and paper to figure out how to make season two probably as good as season one if not better. It's happening hopefully, by the end of the year," Cassandra said.