'Love and grief difficult for people to metabolise' 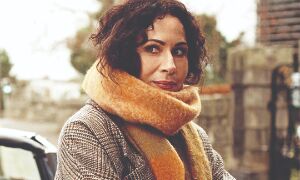 Hollywood star Minnie Driver says Amazon series 'Modern Love' gave her a chance to explore themes of love and grief without getting into an overly sentimental space.

The actor, known for breakout role in 1995's 'Circle of Friends' and later for bagging an Oscar nomination for critically-acclaimed movie 'Good Will Hunting', believes that films and TV shows often lose the element of truth when exploring such themes.

"The themes of love and grief are difficult for humans to metabolise and they are certainly difficult to do together. Also in film and television, they can often be incredibly sentimental and lose the element of truth. And what I loved about 'Modern Love' is that this was really real.

of cocooned from the rest of the world. So the idea of being able to come back to life and how love does that for you was really interesting," Driver said in an interview.

In the first episode of the new season Driver plays a woman struggling with the decision to sell a car that is her only remaining connection to her late husband.

For her character, Stephanie Curran, the car is where she can still talk to her dead husband but at home, there is a pressure from her current husband to sell the vehicle due to its high maintenance costs.

The 51-year-old actor said the idea for her was to explore how a person can move forward in life, especially after the death of a loved one.

"If I let go of my grief and my pain over the people in my life who've died, does that mean I love them less? How do I do that? So, I think thematically, it's a really interesting journey."