'Lot of male actors started taking liberties with me' 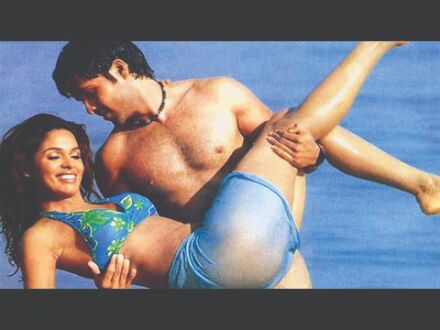 Actor Mallika Sherawat has said that because of her 'bold' onscreen image, a lot of male actors tried to 'take liberties' with her, but she held her ground and refused to compromise.

In an interview, Mallika spoke about having experienced the casting couch in the film industry, and how she handled such situations. She said that she was 'lucky' that her rise to stardom came relatively easily.

Asked if she has faced the casting couch, she told Pinkvilla, "I haven't faced it directly... My rise to stardom, I was very lucky, it was very easy. I came to Mumbai, I got Khwahish and Murder. I didn't have to struggle much. But after the movies, because Murder was such a bold movie, and that kind of a bold image was established, a lot of male actors started taking a lot of liberties with me, and they said if you can be so bold onscreen, so you can be bold with us in person also."

She continued, "They did not differentiate between the onscreen and offscreen persona, so that is where I faced a lot of difficult situations, because I am a very strong woman, and I would tell the male actor, 'I am sorry, I am not going to compromise'. I haven't come to Bollywood to compromise, I have come here to make a career. That's why they have never worked with me."

In another recent interview, Mallika said that women put themselves in such situations deliberately, and that she made sure not to attend parties where she could be taken advantage of.

Asked if she has actively tried to 'stay away' from people who give off bad vibes, she told Bollywood Bubble, "I've always, because all this happens when you put yourself in that position, I feel. I didn't go to Bollywood parties, I didn't meet any producer or director at night in a hotel room, or at night in the office. I kept myself away, and I thought, I'll get what is destined for me. I don't need to do it."