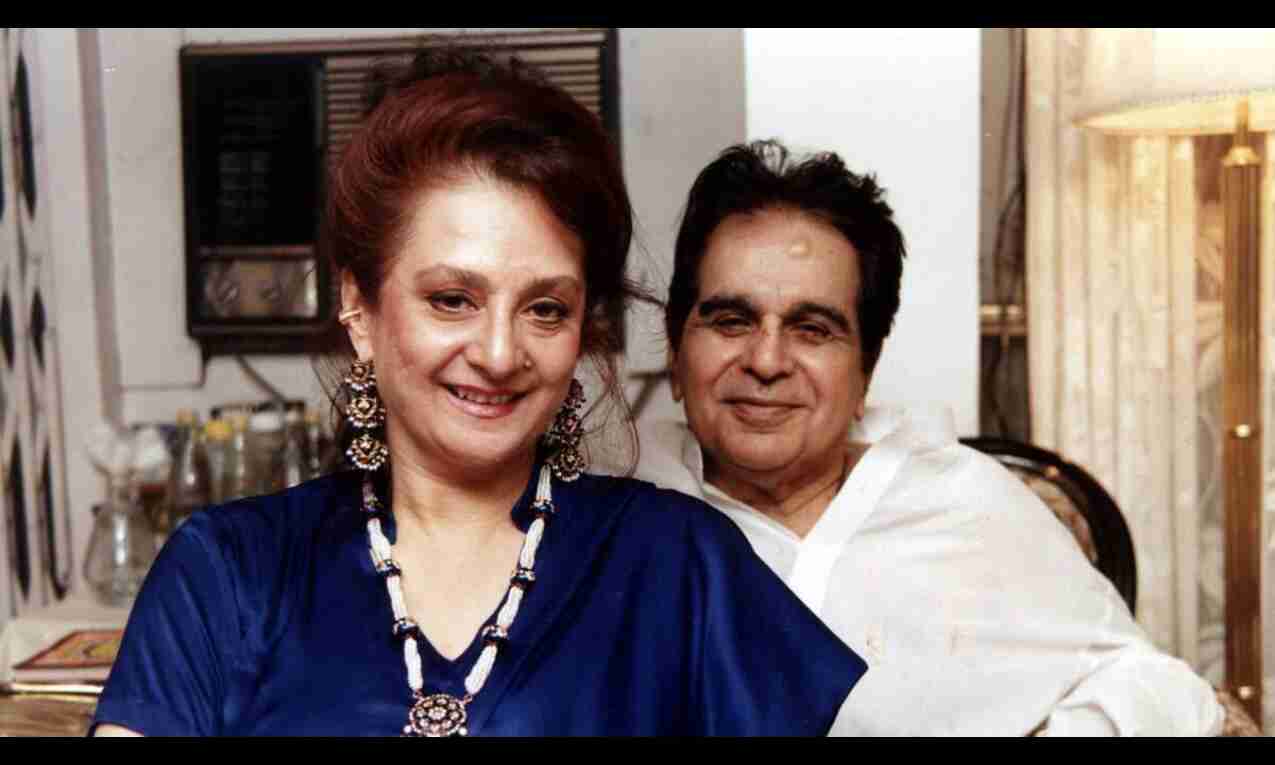 Mumbai: It's been a year since Dilip Kumar's death and it's as if the very colour has drained out of Saira Banu's life. He was her husband of 55 years, her anchor, her world and days without him are 'pheeka', the legendary actor's wife said on Thursday.

Doctors have advised her to mix with people but that is a difficult thing despite her efforts to move on, Saira Banu said on Dilip Kumar's first death anniversary.

"My life is 'pheeka' without Yousuf saheb. This is a different kind of love. You just cannot replace some people in your life. Give me all the wealth in the world and Dilip saheb on one side, and I would want Dilip saheb," Saira Banu told PTI in an interview here.

He may have been Dilip Kumar, amongst the few etched into the annals of cinema with roles in films such as Mughal-e-Azam and Shakti, but for Saira Banu, he was her 'saheb'.

The twinkle in his eyes, his love for Hindustani classical music and his fondness for special tea poured from an equally special piece of crockery - these are just a fistful of vivid memories that the veteran actor recounts of her husband she had idolised since she was 12.

Many such memories will be stirred today, a year since he passed away at the age of 98.

"We will have a prayer meeting with our family and close friends, who remembered the day when we lost him. We will get together to meditate and pray that his soul rests in peace and that he may be in the best place of Jannat with his God," she added.

Kumar, whose real name was Mohammad Yousuf Khan, was the Nehruvian hero who embodied the hopes and dreams of a new India and went on to become a star that glittered brightly in a series of hits over seven decades.

According to his devoted wife, it was Kumar who helped her deal with the loss of her grandmother, Hindustani classical vocalist Shamshad Begum Sahiba and her mother Naseem Banu, India's first beauty queen-actor and brother Sultan Ahmed.

"I had the courage to move on then because I had the tender care and strong emotional support of Yousuf saheb. He had his own way of telling me to come to terms with the inevitable and insurmountable hardships and losses in my life. He had his own way of consoling me and also subtly asserting that life has to go on and no mortal is immortal. Today, a year has gone by and I am trying (but) in vain to move on."

Saira Banu said she misses him every day.

"I miss him. I'm all alone now. Emotionally, I am not well and that reflects on my health," she added.

The 77-year-old has been in and out of hospitals since Kumar's death.

"I have had several visits to the hospital. I have been unwell the whole year. My life centred around him from morning till night. I am not trying to be a martyr, I am trying to tell you the actuality that I was totally involved with him. There was no question about me wanting to step out or meet people, I only wanted to be with Dilip saheb," Saira Banu, who starred opposite Kumar in films such as "Gopi" and "Sagina", said.

A wife dons several masks of a lover, mother, friend and fan, she said.

"It was no great effort on my part because every second and every minute, I wanted to look after him. When he was terribly unwell, I would pray and meditate to bring him out of it and pray to God to make him well."

In the last year, her brother Sultan's son Raihan Ahmed has been her pillar of strength.

"Raihan is like my own son. He is here all the time. He manages all my property matters as he looks after me. He is a great anchor in my life now."

Industry colleagues and close friends Dharmendra and Amitabh Bachchan have also been in touch with her, she said.

"For the last 40 years, Dharmendra has been very close to me and Yousuf saheb. He is like a family member to us. Prakash (Kaur) ji and Hema (Malini) have also been very sweet. Amitabh is also very kind, courteous and loving."