'Life is a mixture of different genres'

The DC film, being branded as a relaunch, is the follow-up of the 2016 film helmed by David Ayer 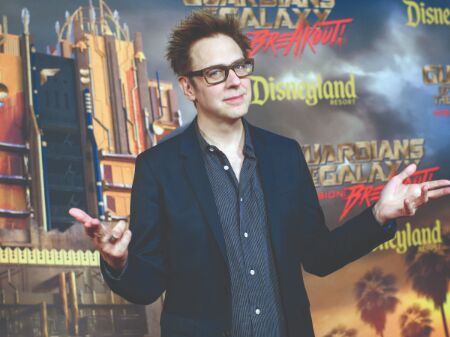 Los Angeles: As a fan of Hong Kong films from the '90s, director James Gunn says he loves mixing different genres in his movies, be it 'Guardians of the Galaxy' franchise or the upcoming 'The Suicide Squad'.

The director said he is not someone who likes to mismatch tones for the fun of it and also for the artistry.

"Well, I'm a huge fan of Hong Kong films from the 1990s, a lot of what I do is really based in trying to interpret those movies for a western audience today, although it's not really just western anymore. People watch these movies all over the world, and I have a lot of great fans in Asia. Those Hong Kong films were able to balance different tones in a way that was entertaining," Gunn said in a transcript provided by Warner Bros.

Giving the example of his film 'Super', the director said it is almost uncomfortable for people to watch it because the tone is so mismatched but what he has done in 'Guardians' and 'The Suicide Squad' are more of an amalgamation.

"We'll use every tool in the drawer to do what we can, there's nothing that we won't use. We can use humor, we can use action, we can use emotion, we can use anything. Why hold yourself back? Life is a mixture of genres, right? Life is everything. Why can't a movie embrace the different types of feelings that we have?" he wondered.

The DC film, being branded as a relaunch, is the follow-up of the 2016 film helmed by David Ayer. Gunn penned the screenplay based on the comic book by John Ostrander. The film is slated to be released in select theatres in India on Thursday.

In his film, Gunn said he picked up a lot of super villains that have been forgotten as he feels sorry for them on some level.

"Some of these people I am picking are losers... So, I picked losers out of the DC stable of Super-Villains. I mean, Polka-Dot Man is nobody's idea of an A-list Super-Villain until after The Suicide Squad.

"But, it was also the humanization of these characters. It's about being able to take these things that are throwaway, stupid characters from our youth of reading comic books, and saying, 'Let's humanize Polka-Dot Man as much as possible,' you know?"... I think that's what attracts me to the Super-Villains that have been forgotten. I feel sorry for them on some level. I feel sorry for Javelin and Polka-Dot Man and Weasel."

The director said in his initial discussion with people at DC, he had asked them about who he gets to keep from the other movie and they told him to do whatever he wanted.

"I knew at that point that I really wanted to use Harley, she's one of my favorite characters in the comics and I just thought I could do her voice justice and really give her what she deserves as a character," he said.

"Harley's a maniac, so she's throwing this story in different directions than it would've gone without her. She's changing it. Rat catcher 2, she's a character who is probably one of the few truly goodhearted characters in the movie, and she changes things a lot because of who she is. And then Bloodsport changes things because of his relationship with her. So, I do find that it's a back-and-forth, it's the story and it's the characters and they affect each other. It's a balance."

Gunn said Ostrander's books were similar to the movies he grew up watching as a kid be it "The Dirty Dozen", which inspired 'The Suicide Squad' or 'Where Eagles Dare' and 'Kelly's Heroes'.

"They (the books) were all about these disposable superheroes. Nobody's going to pick Harley Quinn because they think she's the most dangerous person in the world. She isn't. They're picking her because she's disposable to them.

"And so they're putting these characters out on this mission where they can get killed. The stakes of that were something that really appealed to me. So I think it was really just about creating that story with these sad-sack soldiers. That was appealing to me from the beginning."