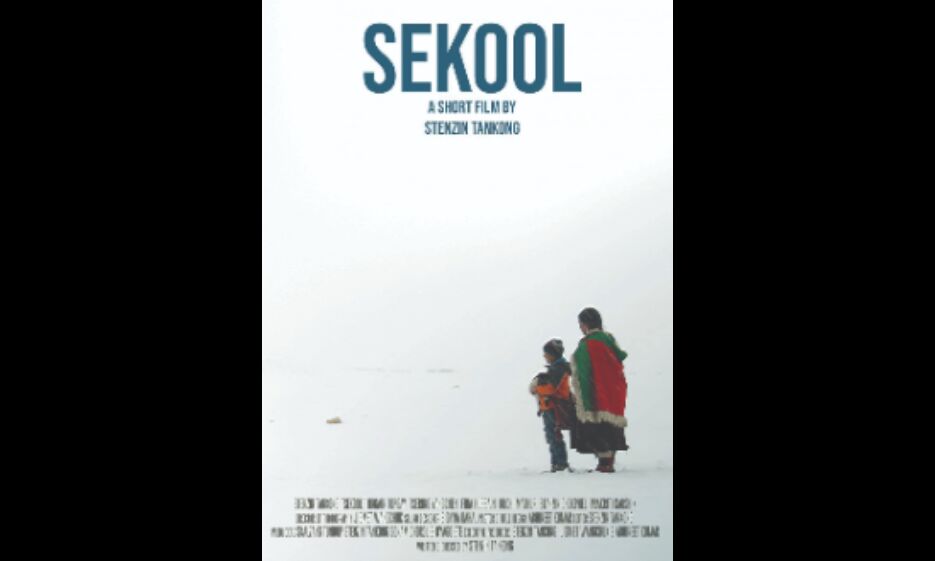 The short, which was part of the official selection line-up at various international and national film festivals including the 'Clermont Ferrand International Short Film Festival' and the 'Short Shorts (Film Festival and Asia 2020)', was presented at PictureTime's inflatable theatre in Ladakh.

Written and directed by Stenzin Tankong, the film received a great response upon its screening from the audience in the jam-packed cinema hall.

A film about the people of Changthang, a Nomadic tribe of southeastern Ladakh, 'Sekool' is set in a remote region of the Himalayas.

Tankong, who is also the editor of the short, described 'Sekool' as the story of a child - from one of the nomadic tribes - who is are excited about going to school until he learns that it would mean leaving behind everything he has ever known or loved.

"I hope I have done justice in capturing the essence of these people and what they stand for. This film is my effort on portraying the simplicity of the wants of every human being, despite their diverse social, cultural, economic and geographical backgrounds," the director said at the film's screening.

"The film has travelled all over the world but today the film is being screened here at the 'Himalayan Film Festival', which gives me great pride and joy to have it here among my audience for whom I played this film. It is a great pleasure for me," he shared.

'20 Years' and 'Walking with the Wind' are also set to be screened at the movie gala.